The Grande Hermine side view, half seated and half floating in the Jordan Harbour. Photo taken from the rocky area along the water. Photo: Lauren Lebel

The Grande Hermine can be seen from the QEW, and is a landmark associated with the Niagara Region. Photo taken in 2008. Photo: Miklos Basco

"La Grande Hermine" (The Big Weasel) is one of the most recognizable landmarks along the Niagara stretch of the Queen Elizabeth Way. The 140 foot ship was created as a replica of the largest of 3 ships French Explorer Jacques Cartier sailed up the St. Lawrence River. It was originally built in Quebec in 1914 and began its life as a ferry on the St. Lawrence and later became a cargo ship, a floating restaurant, and in 1991 converted to a replica ship. At one time the vessel was turned into a haunted pirate ship at Halloween to raise money for a hot lunch program for students. The derelict ship's final resting place is the Jordan Harbour just off the western shore of Lake Ontario, between the cities of Hamilton and St. Catharines. This abandoned shipwreck came to the Jordan Harbour in 1997, and was the victim of an arson fire in January of 2003, causing this piece of history to go up in smoke. What's left of the ship remains rusting, damaged and run down, but is still an interesting site to see. It was towed to the Jordan Harbour to await further relocation to a spot near Niagara Falls in hopes of turning it into a gambling venue, but the owner passed away before permission was received. This shipwreck has since been a distinctive landmark and favourite roadside attraction to many, and also referred to as 'the pirate ship' in Niagara. This little understood landmark tilts strongly to one side as it half sits and half floats, only a few metres off the shoreline in the small artificial cove of the Jordan Harbour.

Following is the link to a YouTube video by CHCH News covering the story of the ship before and after it was lit on fire: 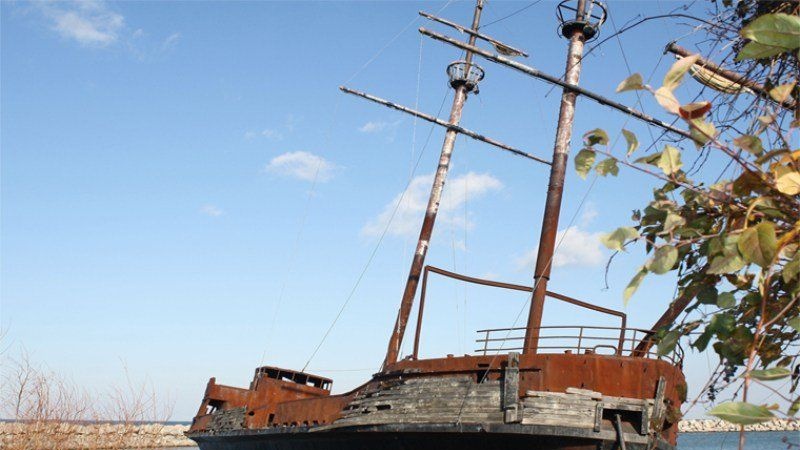 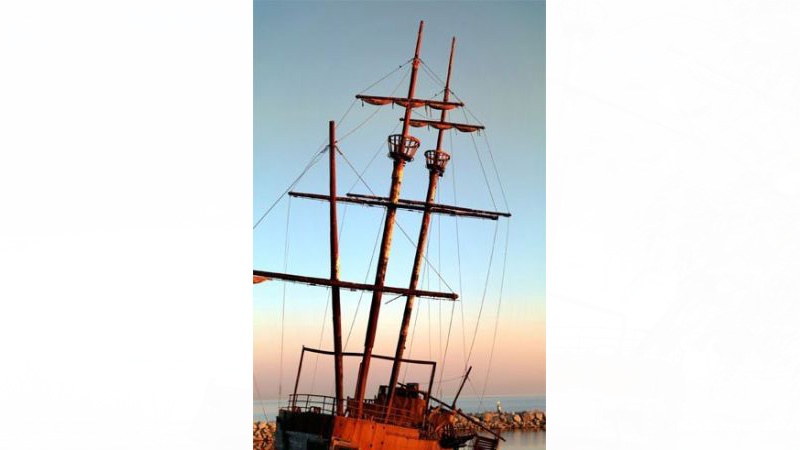 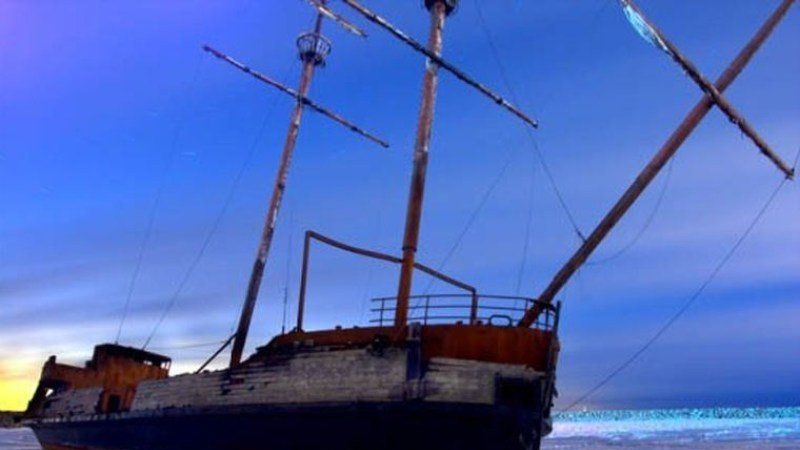 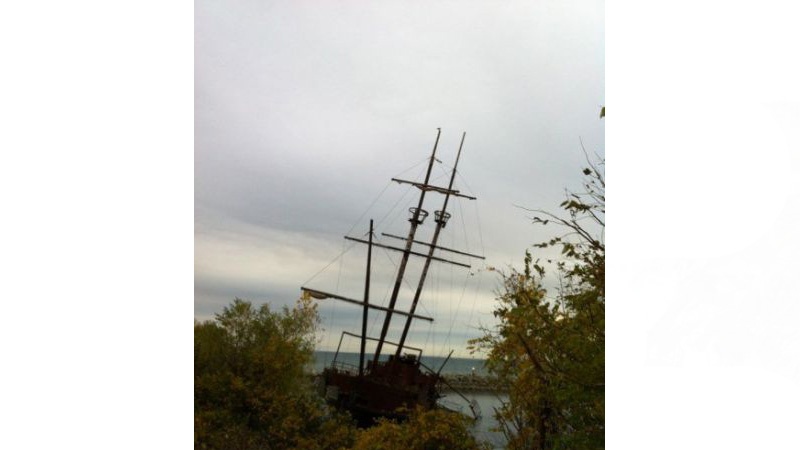 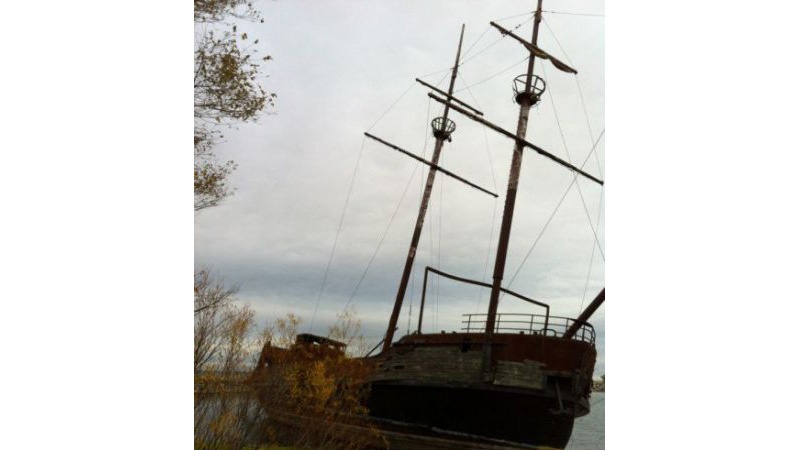 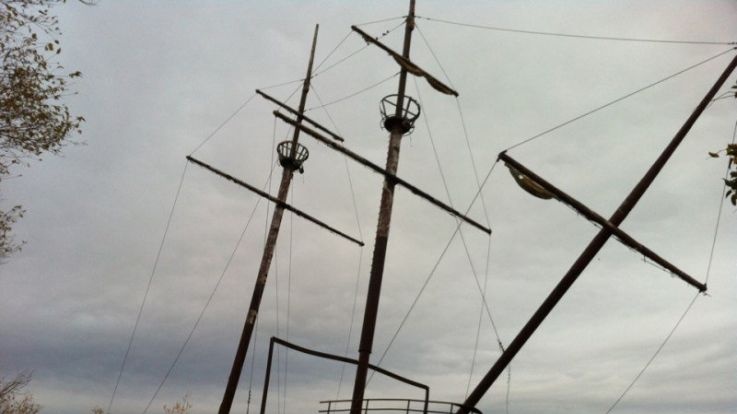 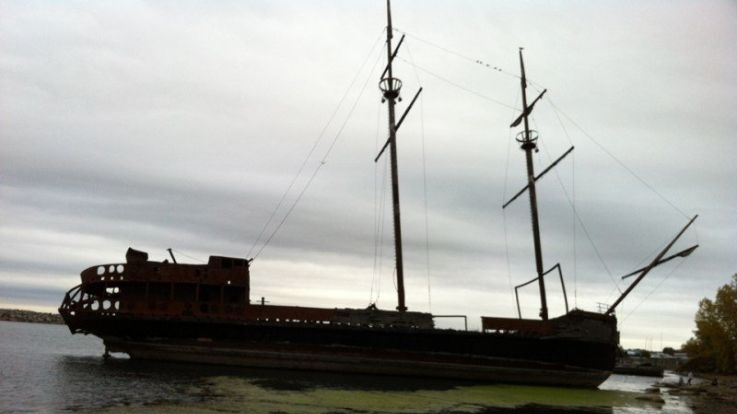 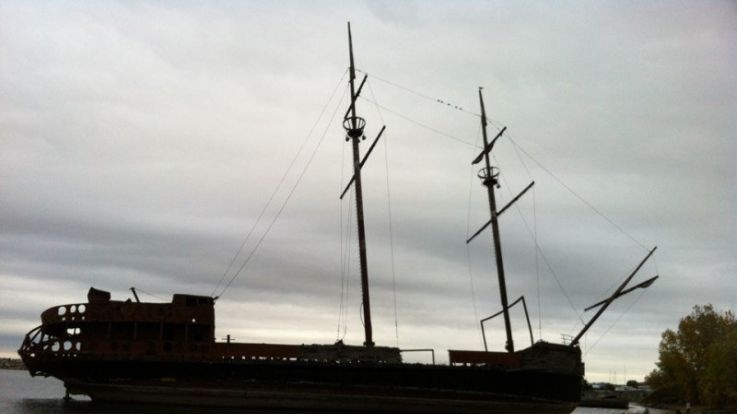 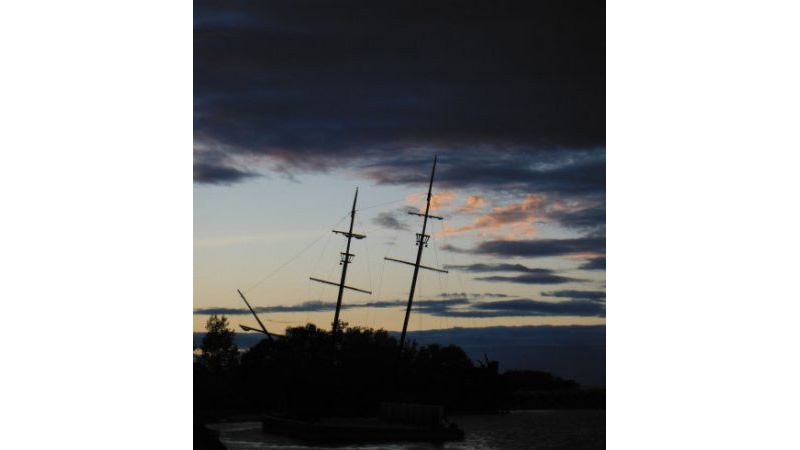 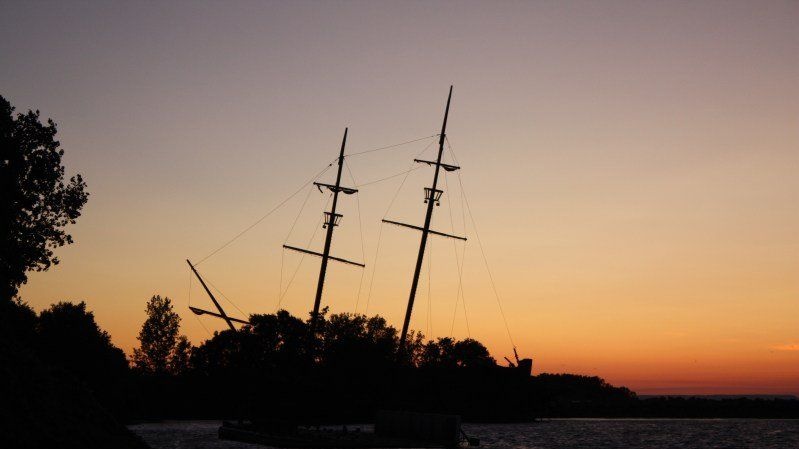 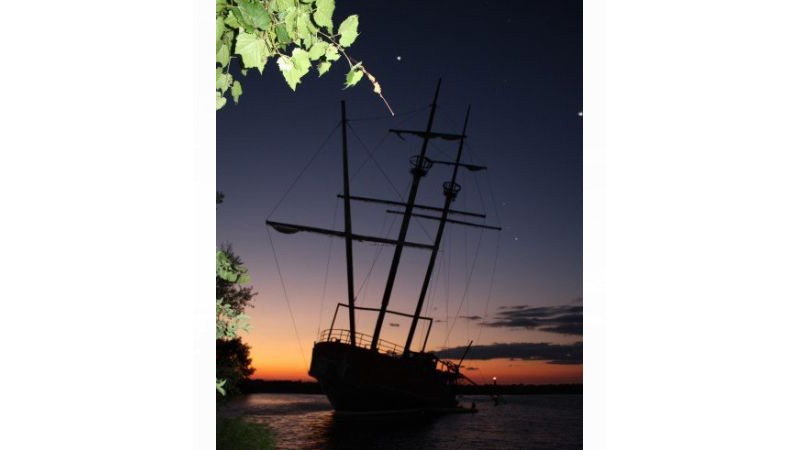 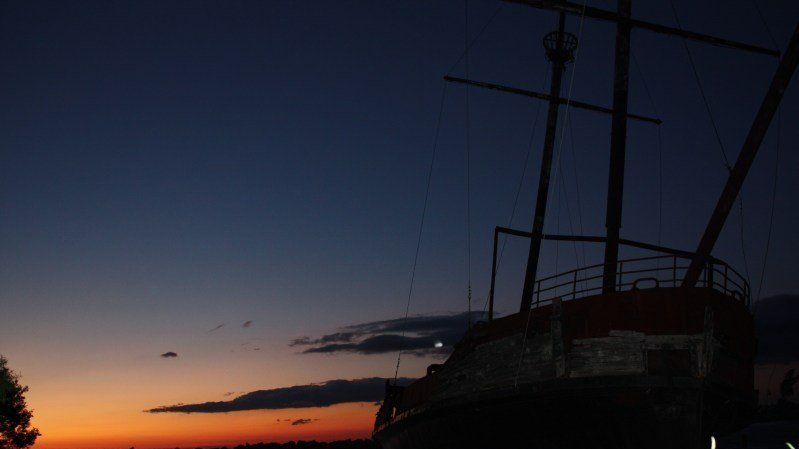 The Grande Hermine is abandoned, and therefore has no hours of operation. The ship has been sitting in the Jordan Harbour since 1997 where it will remain, and can be seen 24/7 every day of the year, although it is easier to see in the daylight.

Turn left at the stop sign, and left again on Jordan Road

Destination on the right

Destination on the right

The following is a link to a web page of the Grande Hermine before it was lit on fire. It was made by and covers the journey of 3 people who were interested in this ship and took rafts out and climbed aboard in search of more information and pictures. This site shows pictures from aboard the wooden ship before it was ruined by the fire:

Gravel and paved parking lots, rocky and dirt pathway down to the water.