Overlooking the park, the monument was established in 1913 and stands over 100 feet tall. It was built to remember the soldiers who fought in the War of 1812. Photos: [Erin Duffy].

A Union Jack flag stands tall in the middle of this beautifully landscaped park.

Located just minutes outside of the Niagara Region is Battlefield Park, where the battle of Stoney Creek was fought on June 5, 1813. This is the farthest North the Americans were able to gain before being pushed back by British forces. While very few Aboriginal warriors actually fought in this short lived but crucial battle, it was an integral and eventful time period for the British-Aboriginal alliance.

Battlefield Park is a beautiful 32 acre natural area which also contains historically significant sites from the War of 1812. Be sure to check out the Battlefield House and the Nash-Jackson House during your visit - these houses existed during the War of 1812 but have been restored to provide visitors with an idea of what life was like in the 19th century. One of the most prominent features in the park is the Battle of Stoney Creek Monument which was erected in 1913. The Park is also beautifully manicured and offers beautiful scenic views and great photo opportunities.

Just minutes down the street you'll find Smith's Knoll Monument. In 1889, Allen Smith uncovered artifacts and remains when ploughing his land. After more extensive digging, a mass grave was uncovered. Since then, a monument in the same location has been erected to commemorate the fallen from all sides of the war. 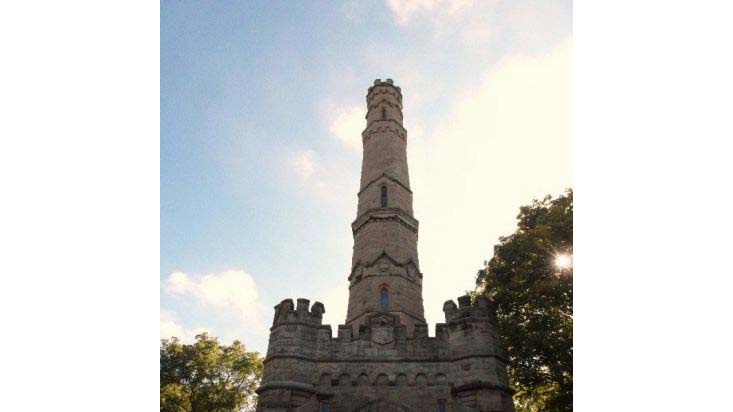 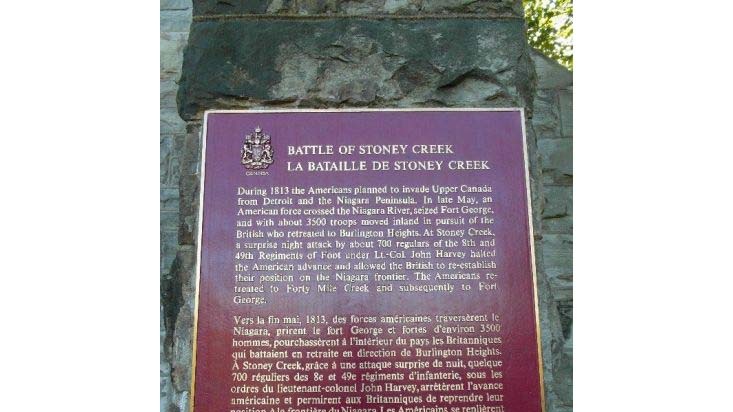 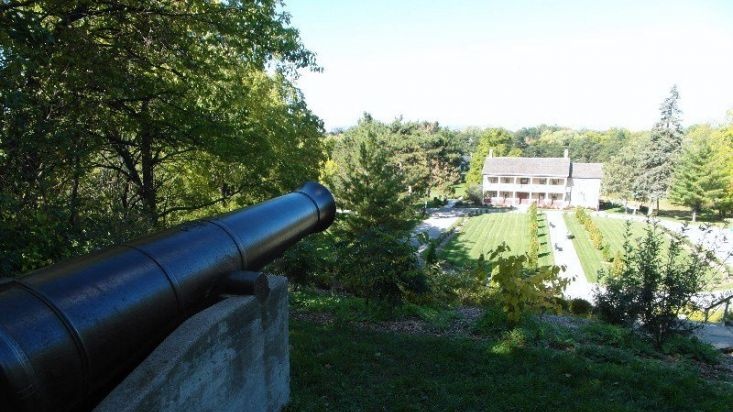 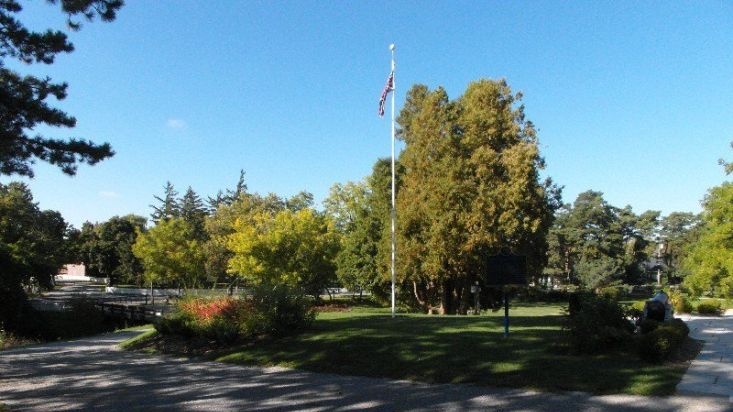 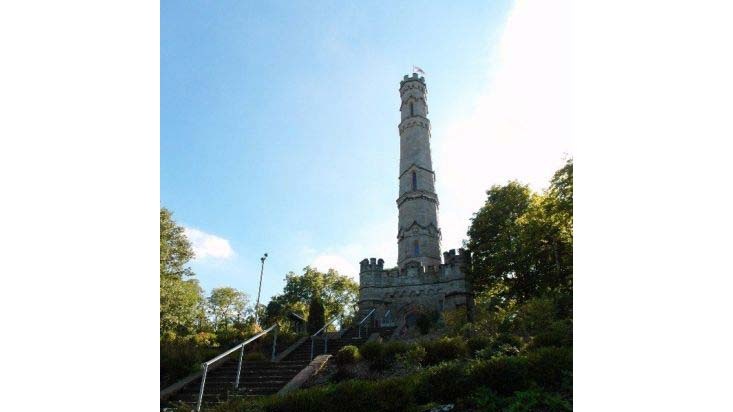 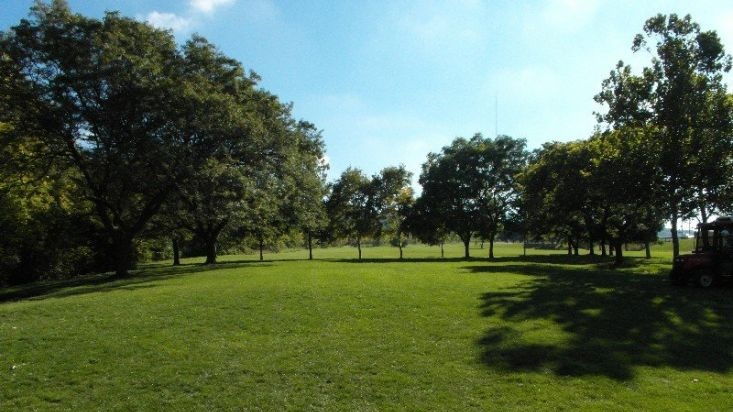 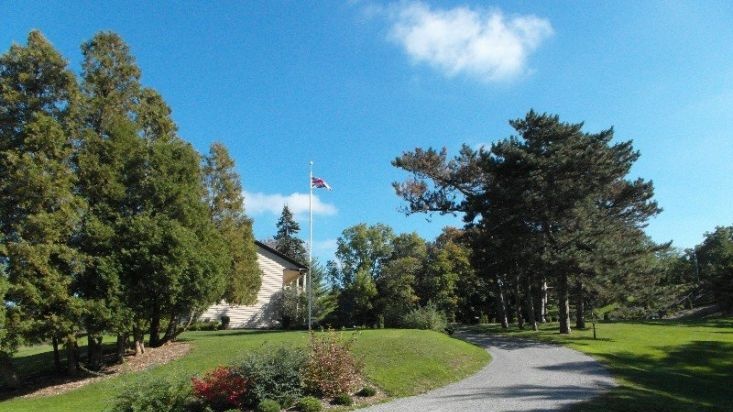 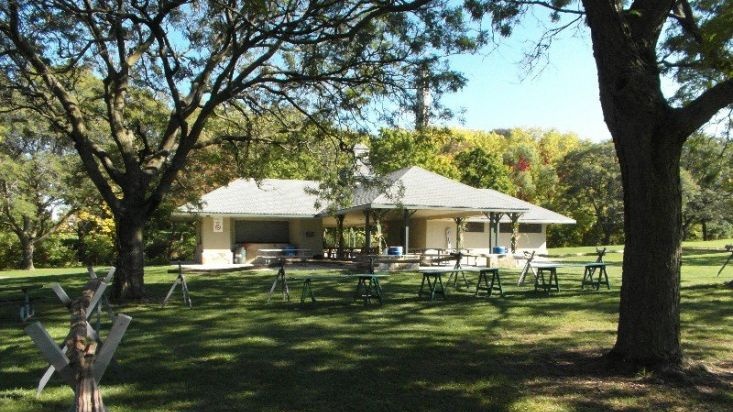 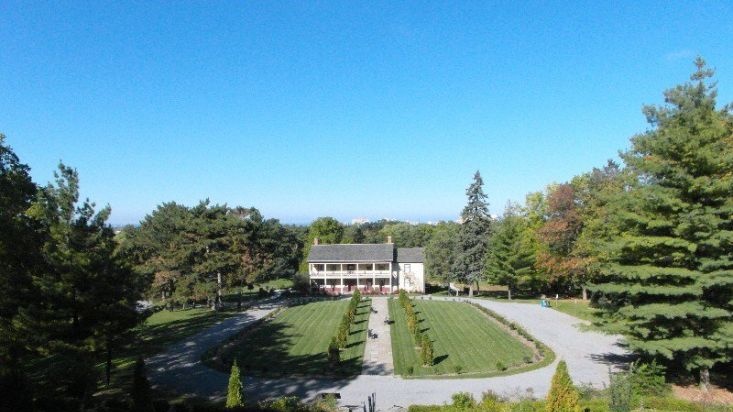 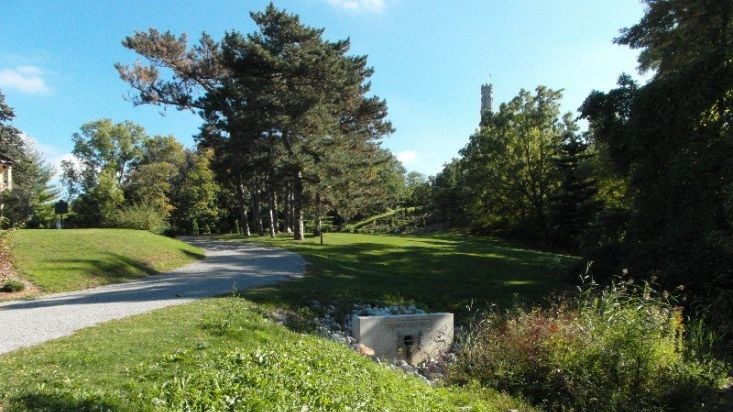 Battlefield Park is open to the public year-round.

- Keep left to continue on the QEW, follow signs for Niagara/East Hamilton/Fort Erie

Destination will be on the right

- Take the QEW Eastbound toward Toronto

With the fall of Fort George, which was previously under British control, the British and its allies retreated to Burlington Heights as the Americans gained land in Upper Canada. Up to this point, the last several battles ended in the favor of the Americans, including naval battles, which put a strain on British supplies and resources. The combination of these factors caused the Aboriginals to worry. Not only were their villages left unprotected as a result of the Americans gaining land, they were also concerned that their best interests would not be considered if the British were to lose the war. Since they did not have a sense of British support to their communities they went home to the Grand River.

In the meantime, General Dearborn sent 3,700 troops from Fort George to Stoney Creek to attack the 1,600 British soldiers stationed there. On June 5, 1813, the American soldiers camped within striking distance of the British. At the same time, the Grand River warriors were moving towards Burlington Heights. The British were unsure of the warriors' intentions. They were worried that if their armies fell, the Aboriginal warriors would attempt to cut their losses by joining the Americans. Because Norton could not enlist many Iroquois warriors, there was only a small group of his followers joining the 700 British soldiers who marched towards the Americans on the evening of June 5. Norton and the British were able to gain access to the American camp by learning their password and attacked at two in the morning. The battle was messy and confusing, but in the end the British retreated. While this could be considered a loss, the British were still able to push the Americans back to Forty Mile Creek. More importantly, this sent a message to the Aboriginal warriors, as the British proved they were still a formidable military force.

After the battle, John Norton met with the chiefs and warriors and proposed a plan that would prove the Aboriginals still supported the British while keeping dangerous contact to a minimum. The plan was to advance towards the American camp through the forest along the Niagara Escarpment, watch their movements and strike when the time was right. After a council meeting, several Aboriginal warriors were enthusiastic about Norton's plan, while others were still reluctant. However, a dozen warriors joined Norton in his cause, ambushed the Americans, and were able to push them back to Fort George.

While there was limited Native involvement in combat in the Battle of Stoney Creek, it was an important moment in the already strained relationship between the Aboriginals and the British. Even without the Aboriginal warriors' assistance, the British were able to push the Americans back towards Fort George and re-establish themselves as a powerful military force. As a result, their Aboriginal allies were more comfortable with re-enlisting. After the battle, the Aboriginal warriors played an integral part in pushing the Americans back and regaining their land.

Battlefield Park is an area of incredible historic significance; however, it is also an aesthetically pleasing natural area open that is to the general public year round. Situated along a ravine, the park features well manicured open grassy areas, trees, and small gardens. This is a great area for picnicking, walking your dog, or just spending some time in the outdoors while taking in the historic past of these grounds.