The monument memorializing the soldiers that fought in the War of 1812, including the Aboriginal warriors.

The Battle of Chippawa is considered to be one of the bloodiest battles in the War of 1812. As the Niagara Campaign was coming to a close, tensions between the Aboriginal communities and their British allies were running high. To make things worse, an earlier development resulted in the Americans enlisting the help of Iroquois warriors living on their side of the river. The two Iroquois groups met in the forest just minutes from the battlefield. This event marks the only time that the Iroquois warriors fought their kinsmen. The result was a bloody battle between brothers that entirely changed the Iroquois' outlook on the war.

The site of the Battle of Chippawa sits directly across from the Niagara River in the small community of Chippawa, Niagara. It features a monument with commemorative plaques as well as a series of signs which contain information about the War of 1812 and the battle itself. Beside the park is an open field that is surrounded by forest. This combined with the Niagara River on the opposite side offers visitors beautiful scenic views to admire while taking in the site's historic importance. This point of interest features no amenities, but is just a five minute drive from the quaint community of Chippawa, where you will find a variety of small restaurants and shops. 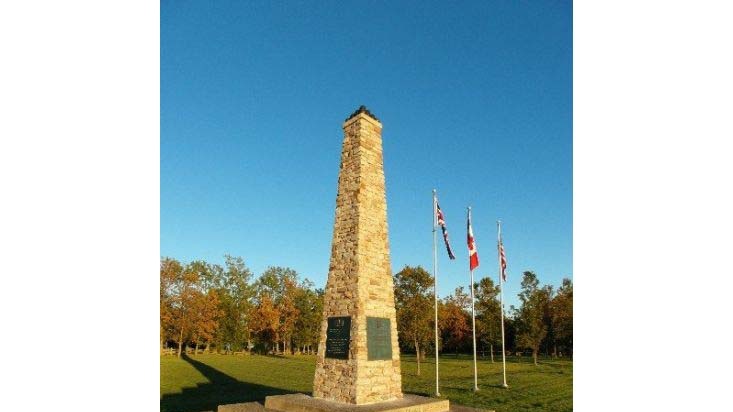 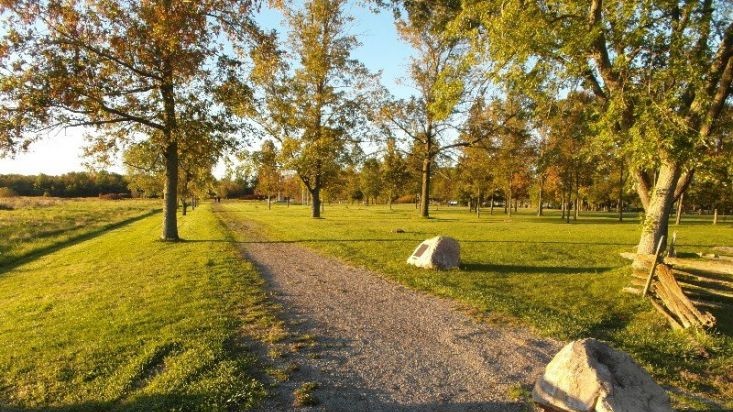 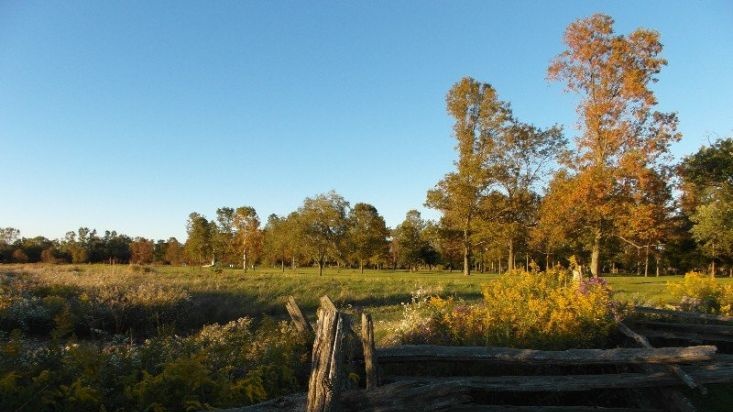 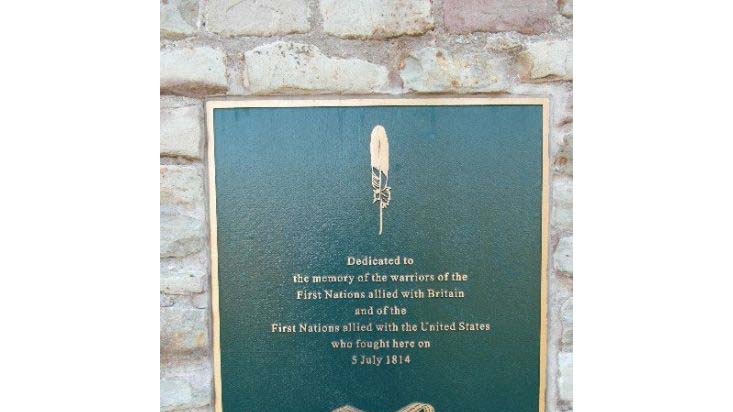 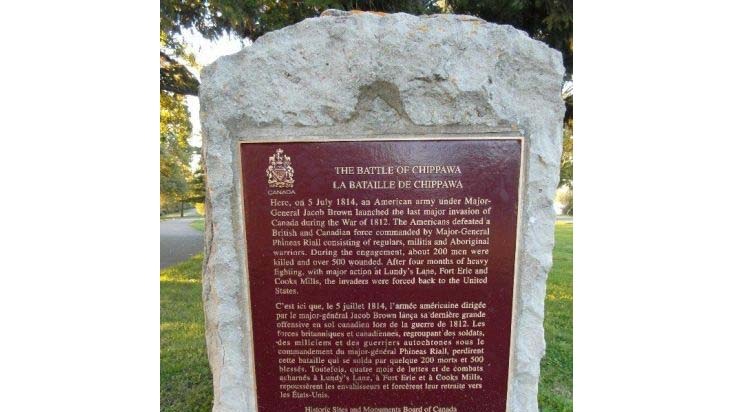 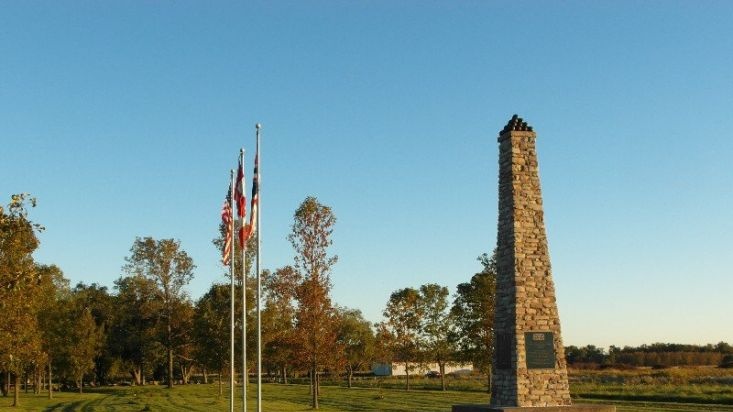 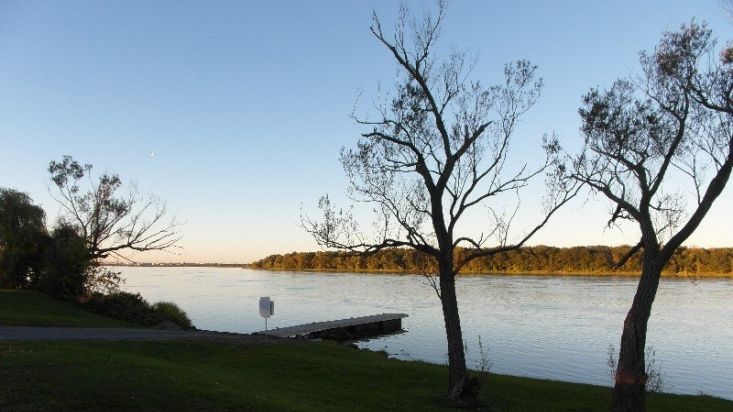 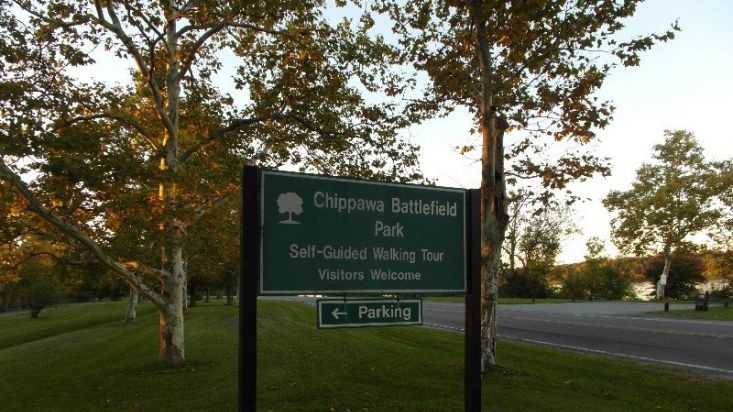 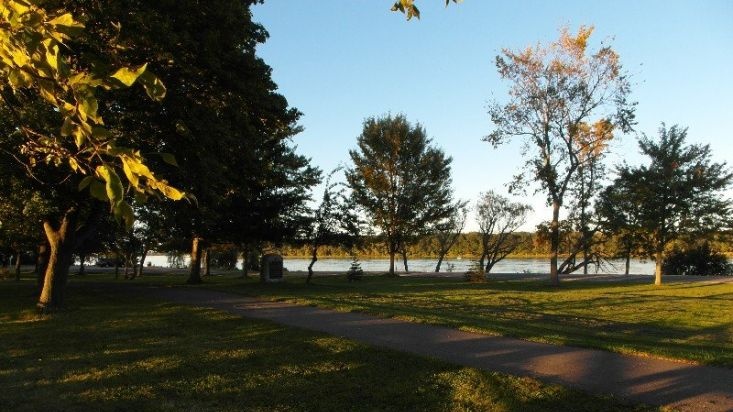 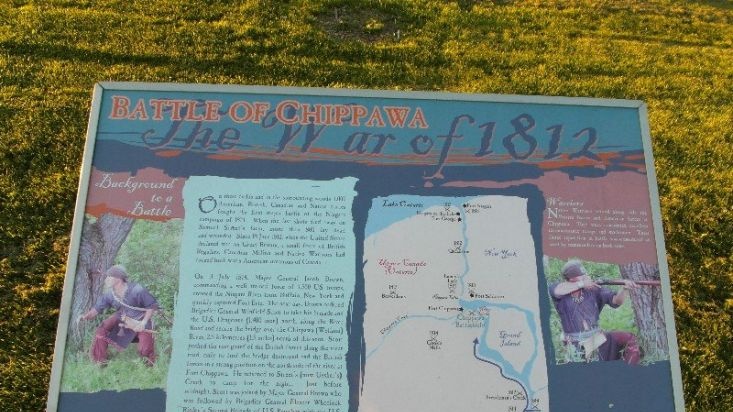 Battle of Chippawa Memorial Ceremony occurs once a year on July 5 at 7:00pm.

Destination will be on the right.

Destination will be on the left.

When the Americans declared war on Britain on June 19, 1812, the Six Nations in both the United States and Canada came to an agreement that each community would remain neutral. This agreement was created to ensure that the warriors would not meet their brothers in battle. However, both American and British military leaders desperately wanted the Aboriginal warriors' assistance as they were a powerful force in battle. In Canada, John Norton, a Mohawk war chief, was able to enlist the help of hundreds of Aboriginal warriors who were integral to the success of many battles throughout the Niagara Campaign. In the United States, Red Jacket and Farmers Brother led Six Nations forces against the British. They remained neutral until July 3, 1814 when the British invaded the headquarters of the US Navy in Black Rock. As a result of this invasion, the American Six Nations warriors declared war on Great Britain.

On July 5, 1814, the Americans invaded Canada from across the Niagara River. At this point, John Norton and roughly 200 Iroquois warriors were still allied with the British. The Iroquois snipers harassed the American camp throughout the morning. In early afternoon, Norton led a group of warriors and light infantry into the woods, who then divided into three groups to engage the American left flank. Meanwhile, Red Jacket and his group of warriors set out through the woods to eradicate the Iroquois snipers. When the two groups met, the American Iroquois rushed the snipers, killing whoever was in their path. While some of the Iroquois who were under British command were able to escape, many met their demise by way of the American Iroquois tomahawk.

Once they reached Norton and his group of warriors and infantry, Red Jacket and his warriors retreated towards American lines as they feared that they were outnumbered. On their pursuit, Norton and his company stumbled upon the bodies of their brothers and fellow warriors. They were not able to reach their enemies in time as the American Iroquois crossed their own line. Major General Phineas Riall, who was the commanding general at the time, called for a withdrawal from the battlefield.

The resulting casualties were staggering – 85 dead Iroquois warriors on the British side, and 25 dead on the American side. This battle saw the highest number of Aboriginal casualties of the entire war. Perhaps most importantly, these casualties were at the hand and the tomahawk of brothers and kinsmen. One source states, "Three tired and despondent warriors rest, after battle, on the remnants of a broken and fallen pine tree. One warrior holds a friend, who is mourning the loss of their comrades with his foot on a war club as if wanting to crush it and make it disappear into the earth". The sight of Iroquois fighting Iroquois caused distress for Aboriginal warriors on both sides of the border and resulted in many reinstating their neutral stance.

Situated between the Niagara River, and open field, and forest, the site of the Battle of Chippawa offers gorgeous and picturesque scenic views.

There are no facilities or amenities at this site.

There is no admission fee.