Jordan Station has its very own artisanal cheesemakers using rich nutritious Guernsey milk. There are only six Guernsey herds in all of Canada. One of these very well cared for fawn and white coloured Guernsey herds resides at the Comfort family farm.

The cheesemakers at Upper Canada Cheese Company produce two semi-soft artisanal cheeses: Comfort Cream, based on the style of French Camembert, and Niagara Gold, based on recipes from traditional Trappist Monks of the Loire Valley in France. They also produce Ricotta Cheese whenever there is leftover Niagara Gold. It is usually snapped up by local cooks and neighbours, for where can you find fresher cheese to make your favourite recipe?

Upper Canada Cheese Company was founded and literally built by Wayne Philbrick, a local construction contractor born on a farm in Vineland Station. Ever ready to be challenged, he first turned his hand to winemaking and then his interest was piqued by artisinal cheeses while travelling throughout Quebec one summer.

Wayne is now a trained cheese maker and proud owner of a company which has the noble goal of becoming the largest purveyor of local products under one roof in the Niagara Peninsula. So far they have welcomed dozens of local producers. The charming cheese shop is laden with local gourmet foods, artisan cheeses and unique giftware from around the world. 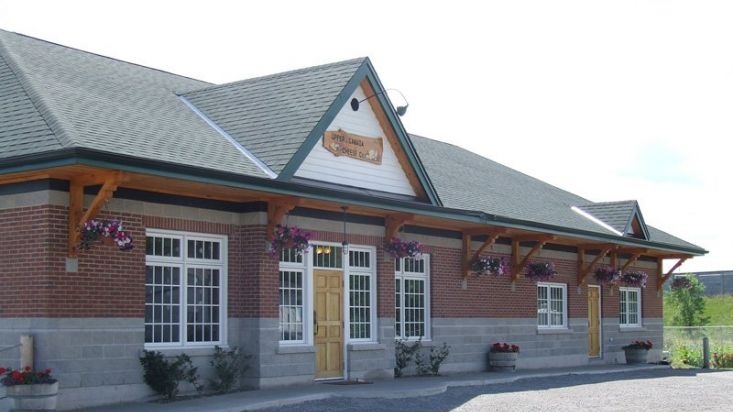 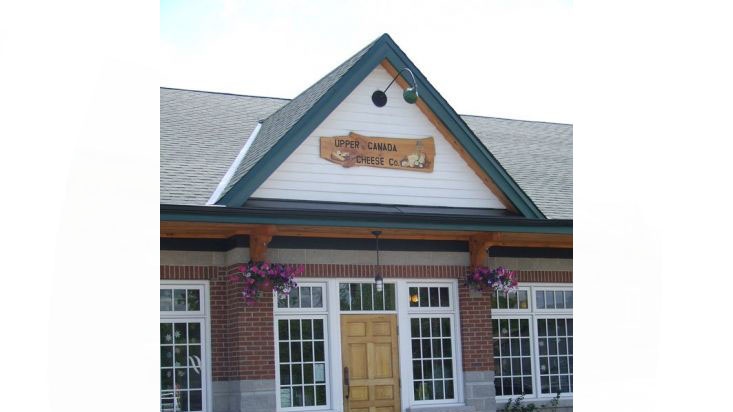 "The Isle of Guernsey, a tiny island in the English Channel off the coast of France, is the birthplace of the Guernsey cow. About 960 A.D., besieged by buccaneers and sea rovers, the Island came to the attention of Robert, Duke of Normandy. He sent a group of militant monks to educate the natives to cultivate the soil and defend the land. The monks brought with them the best bloodlines of French cattle - Norman Brindles, also known as Alderneys, from the province of Isigny and the famous Froment du Leon breed from Brittany - and developed the Guernsey breed.

"Introduction of the Guernsey to America occurred around September 1840, when Captain Belair of the Schooner Pilot brought three Alderney cows to the port of New York. Later, Captain Prince imported two heifers and a bull from the Island. These animals were the original stock of a great majority of the Guernseys that make up the national Guernsey herd today."

From The Oklahoma State University website,http://www.ansi.okstate.edu/breeds/cattle/guernsey/index.htm