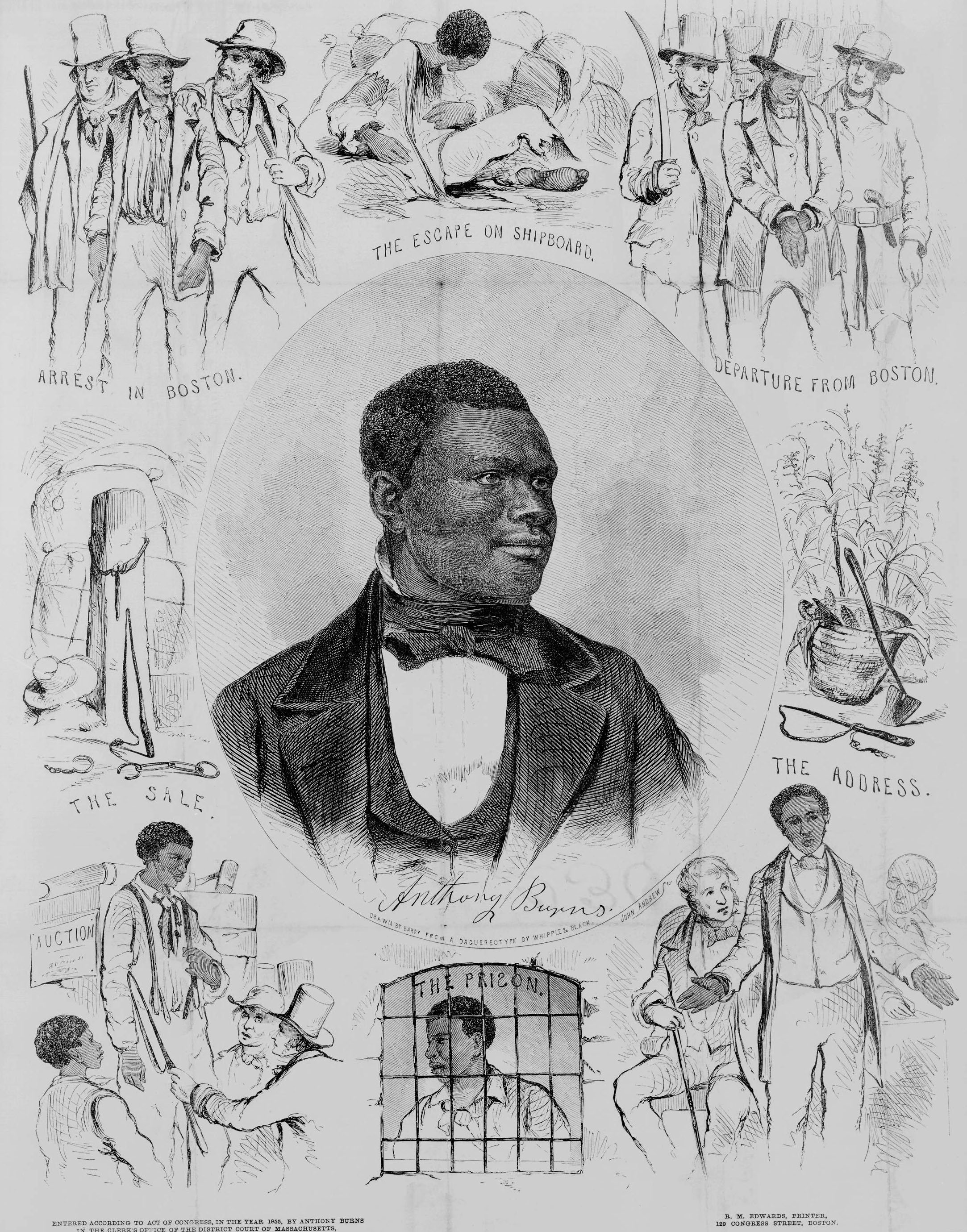 Anthony Burns was born a slave in 1834 in Virginia. He escaped, and in 1853 was captured under the Fugitive Slave Act of 1850 and tried in Boston. He was eventually ransomed from slavery, became a minister, and made his way to St. Catharines as a preacher, where he died prematurely from tuberculosis.

Born a slave in Virginia, Burns escaped from servitude in 1854 and fled to Boston, where he was arrested under the Fugitive Slave Act of 1850. Abolitionists came to his defence and serious riots ensued. This was the last trial of a fugitive slave in Massachusetts. Four months after his return to his owner in Virginia, he was sold to a North Carolina planter. However, in 1855 Burns was ransomed with money raised by the Rev. L. A. Grimes of Boston, and began studies at Oberlin College, Ohio. Burns came to Canada about 1860 where he served as pastor at Zion Baptist Church in St. Catharines. He is buried in this cemetery.