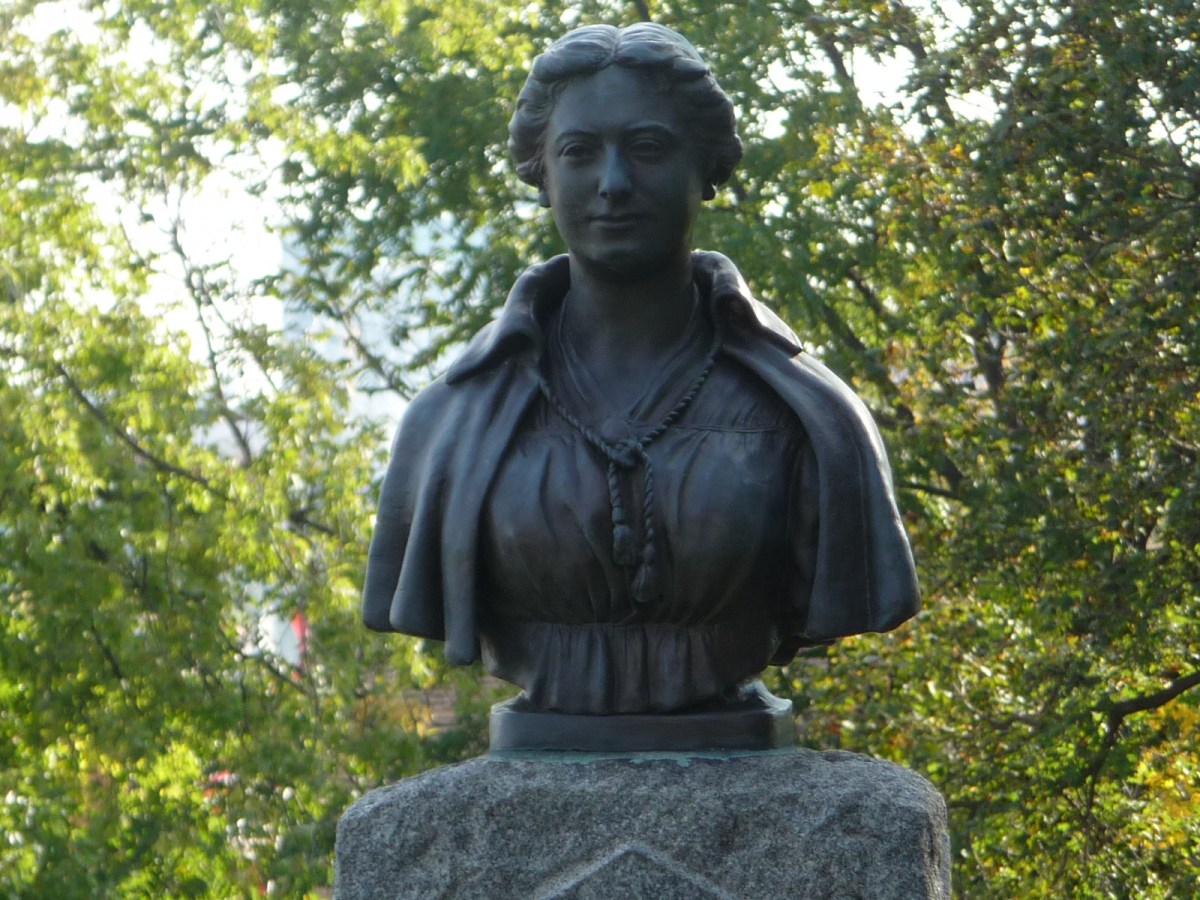 Laura Secord and her husband James were buried in Drummond Hill Cemetery alongside many veterans of the War of 1812. The Mildred Peel bust of Laura Secord that adorns the grave still stands as a precedent-setting recognition of the exploits of Laura Secord in particular, and of Canadian women in general.

History of the Laura Secord Gravesite

The story of the Laura Secord grave began in the late 1880s. In 1887, M.M. Fenwick, the principal of the Drummondville Grammar School, wrote letters to the Toronto Mail and World newspapers deploring the neglected state of the cemetery at Lundy's Lane. He appealed for contributions to erect a monument to Laura Secord and others who fell during the War of 1812. Sarah Curzon also continued to lobby for the recognition of Laura Secord and other historically significant women. In 1891 she followed up her dramatic poem with a short biography,The Story of Laura Secord, 1813, at the request of the Lundy's Lane Historical Society. According to historian Norman Knowles,

“…the Society had had started a public subscription list and approached the provincial government for a grant to cover the costs of marking Secord's grave 'with a memorial stone somewhat worthy of her and of us'. A petition with over 1000 names was presented to the provincial government by the local member of the legislature, but to little effect. In 1892 the Lundy's Lane Historical Society issued a circular to teachers and students in the counties of Lincoln and Welland asking for contributions. By 1895 less than 200 pounds had been collected.

Curzon herself died in 1896, but was succeeded in the memorial movement by Elizabeth Jane Thompson, an active member of the Women's Canadian Historical Society and the Daughters of the Empire. She was able to interest the Ontario Historical Society in the project, and a monument committee was established in February of 1899.

Not everyone felt that the modest memorial to Laura Secord was an adequate and fitting tribute. Members of the United Empire Loyalist Association felt that the monument should be located at Queenston Heights and be of much grander proportions. A second, larger monument was indeed created near the Brock Monument in Queenston Heights, but not without considerable controversy.

Meanwhile, the Mildred Peel bust of Laura Secord still stands as a precedent-setting recognition of the exploits of Laura Secord in particular, and of Canadian women in general.

Location of the gravesite