On June 10, 1940, the French National Assembly realized military defeat to Germany was imminent. The Third Republic, French government, was dissolved and full power was given to Marshal Philippe Pétain, who established 'Vichy Regime', a collaborating government with the Nazi regime.[1] The label of 'collaborator' applied to individuals, groups or countries who supported or assisted one of the three Axis Powers, Germany, Italy or Japan, during the Second World War. In the case of France, particularly Vichy France, with Germany troops threatening its border; it seemed that collaboration with the Nazi regime was unavoidable.

German soldiers began their occupation of the city on June 1940; armistice and official surrender of the country was signed on June 22. Although Paris was not the setting of trench or artillery warfare, the country's war still existed; its people prepared for the greatest battle yet. June 1940 marked the fall of the French, and from that point, German soldiers and Parisians were forced to mingle amongst one another. Paris life for Parisians was miserable: rationing, curfews and German propaganda engulfed the country. The Germans, however, wanted a "business as usual" Paris, including a functioning transit system, bustling shopping districts, and of course, a lively entertainment industry. Parisians, on the other hand, struggled with this. The idea of interacting with German soldiers was crossing towards treasonous behaviour.

What would the world, especially the Allied Power and fighting French men and women, think of a collaborating France?

This 'Metro'-Walking Tour focuses on the entertainment aspect in Nazi-occupied Paris during World War II. Returning the cultural and entertainment life to Paris was a priority for the Germans, and the only way of doing this was to re-establish Paris' infamous buildings, including the Palais Garnier, Louvre, and Grand Palais.

The points of interest of this tour represents the many faces of France: times of triumph and times of darkness. This tour will cover six sites that stretch across the city of Paris, and explore how the Second World War turned these points into places of occupation, collaboration, propaganda and resistance. Paris became a 'visiting' destination for German soldiers. Upon their arrival, soldiers were provided with the Pariser Plan, a map of places to visit, and a monthly subscription to Der Deutsche Wegleiter für Paris, a guide to all tourist places, shopping centres, museums, a list of movies playing at local cinemas and shows at concert and opera halls.[2] It was clear that Paris was supposed to be a place 'away from the war' for the Germans, but for Parisians, it was a time of conflict and confusion. The occupation became too real as tanks, military vehicles and German soldiers marched down the streets of Paris. Parisian lifestyle was under attack, and the feeling uneasiness remained for the entirety of the war. The lines were drawn and the population was divided between those who resisted, those forced to align with the Germans, and those who willingly chose to collaborate. The points of interest faced similar dilemmas; the war became more complicated as Paris was turned into a backdrop of German propaganda. Images of Hitler and German soldiers enjoying famous Paris sites, such as the Palais de Chaillot and Salle Pleyel, supported this perception of Paris, 'the collaborator'.[3] However, behind the curtains of some of Paris' greatest stages, such as the Grand Palais and Moulin Rouge, French Resistance conspired to take Paris back and out of Nazi hands. In the end, Paris did survived the Nazi-occupation, but it ultimately changed the city, the people and the culture.

The tour will start in the 9th arrondissement on the Boulevard des Capucines where visitors will encounter the infamous Opera House, the Palais Garnier, which during the occupation donned Nazi-Regime flags. Visitors will move south to the 1st arrondissement, and catch a glimpse of the Tuileries Garden as they approach the Musée du Louvre, is one of France's most iconic buildings, and the home of the Mona Lisa. The Grand Palais, located in the 8th arrondissement, fell into the hands of the Germans very early into the war, and was used display their two Nazi Propaganda Exhibitions, "European France" and "The New Life".[1] As the tour continues towards the Eiffel Tower, the 16th arrondissement is the home of the Palais de Chaillot. Here, images of Hitler standing on its terrace with his back towards the Eiffel Tower are remembered.[2] As the tour shifts towards the Champs-Élysées in the 8th arrondissement, visitors will encounter the Salle Pleyel. The concert hall that continued to welcome musical guests, such as suspected collaborator, Maurice Chevalier, throughout the occupation period.[3] The tour will finish in the 18th arrondissement, at the 'Red Windmill", the birthplace of the cancan, and famous German destination, the Moulin Rouge. This tour hopes to show how, even under threat and suspicion; Paris' entertainment district thrived and played many roles during the Nazi-occupation of Paris.

Images of Destinations on this Tour 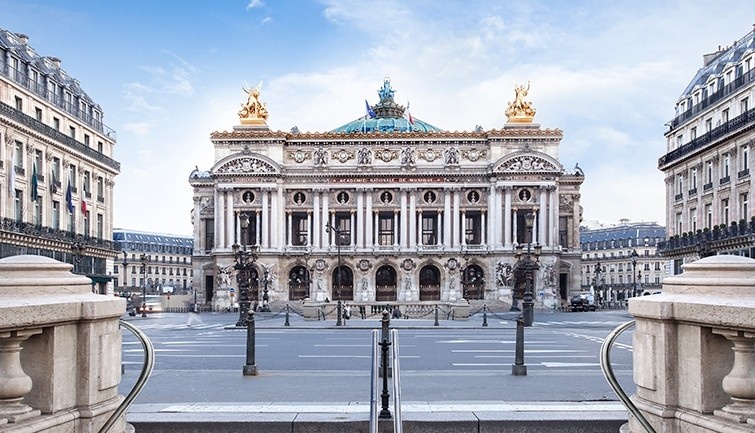 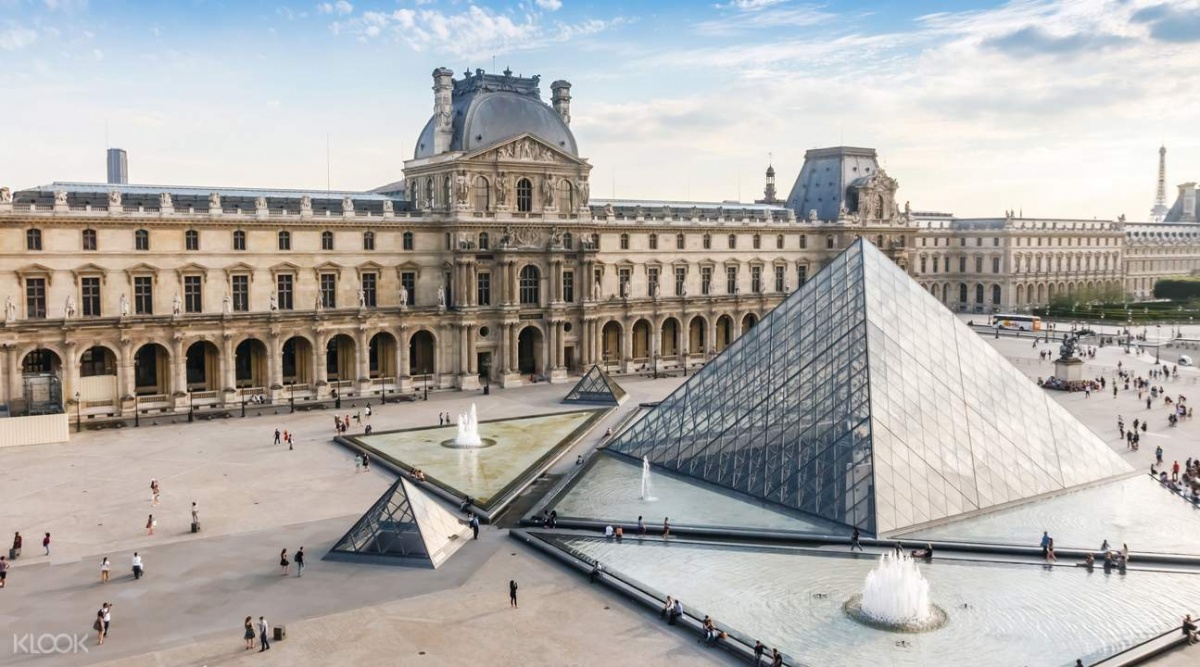 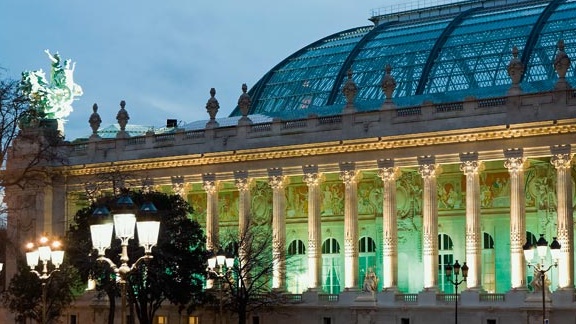 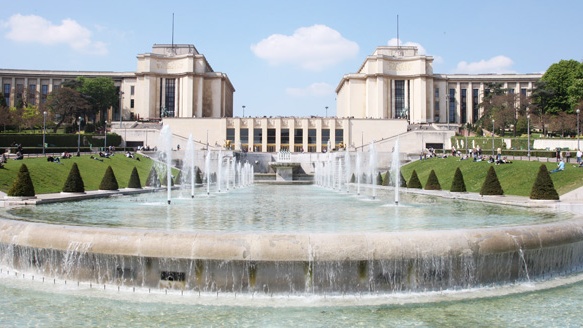 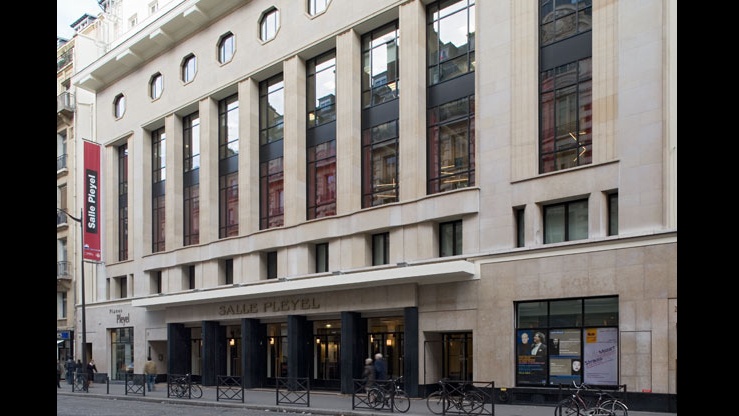 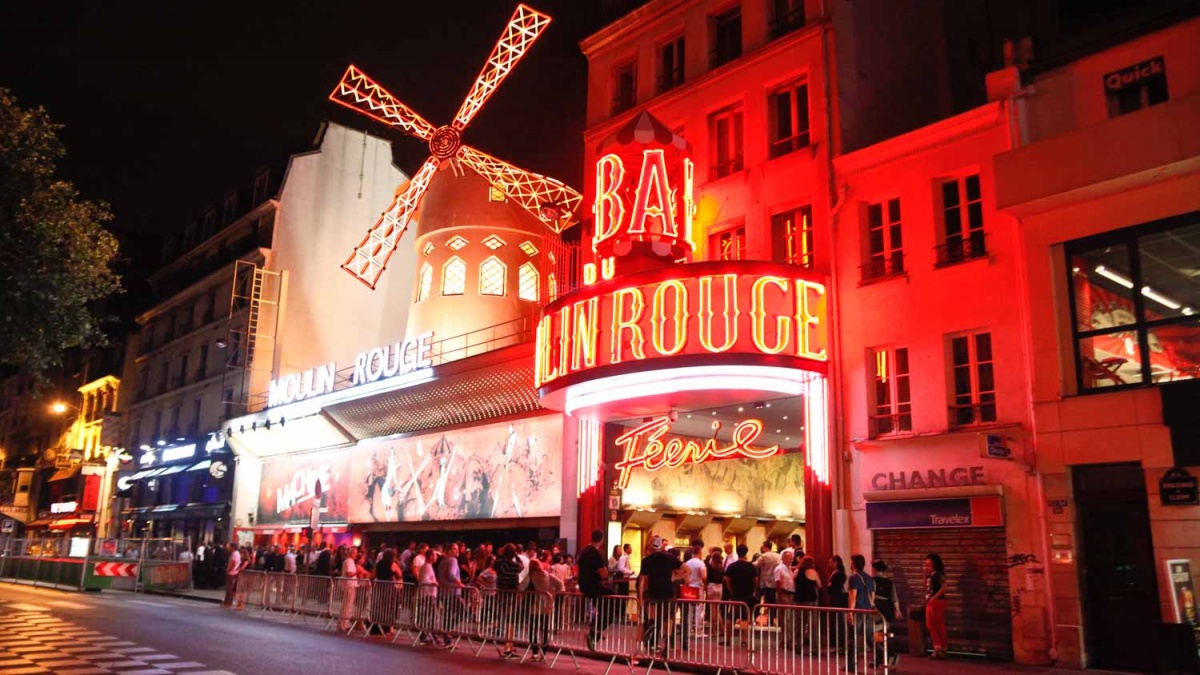 On this tour, we will visit the following sites:

Goals of this Tour

The goal of this tour is to explore how Paris' greatest entertainment district was exploited by the German occupation during the Second World War. At the same time, visitors will learn of the tensions between Parisians and Germans, and the significance each point of interest of the tour. Overall, the tour will cover six sites that stretch across the city of Paris, and explore how the Second World War turned these points into places of occupation, collaboration, propaganda and resistance.