Market Square and Talbot Block in the 1950s.

By the late 1800s, Covent Garden Market was the place for residents of London to come and purchase food for their families. On Saturday nights, the farmers' market opened up to other vendors who would travel great distances from outlying areas in order to sell their wares. Their day's work or shopping complete, many farmers and patrons would then socialize along King Street, in the immediate area of the market, where an array of hotels, taverns and inns had started thriving soon after the Market opened in 1845. This area, known by the turn of the 20th century as "Whiskey Row," was the scene of innumerable brawls and even murders. It was not unusual for husbands to be lost in the crowds, only to be found hours later across the street at one of the many drinking establishments. Respectable Victorian and Edwardian ladies would never walk alone in this area.

The taverns on "Whiskey Row" were in part the reason for the arrival in London of the Salvation Army, which held its first meeting in Canada specifically in this city. This meeting took place on May 21st 1882. The newly-formed Salvation Army band was later to become renowned for its Saturday night performances on Market Square, adding to the carnival-like atmosphere.

When the Ontario Temperance Act, a prohibition on the sale of alcohol in public places, came into effect as a wartime measure in 1916, it effectively doomed many drinking establishments, including the ones on "Whiskey Row." Although the act was revoked in 1927, it was too late for many of the 170 taverns and hotels, including the historic Bank Hotel, which operated in London in the 1870s and 1880s. In 1923, 109-111 King Street was enlarged and converted into offices with commercial space on the ground floor. Ernest W. Moore, a stock broker with an office on the second floor, oversaw this renovation, which explains why this building was also referred to as the "Moore Building." 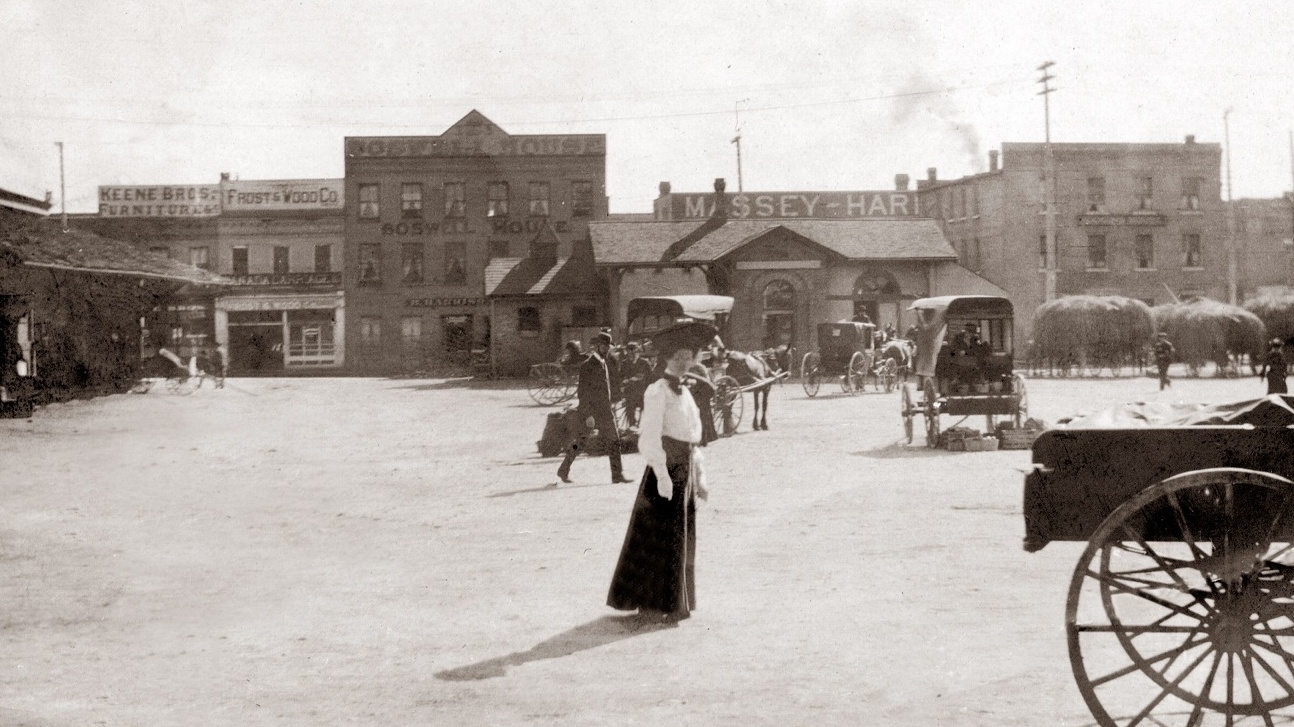 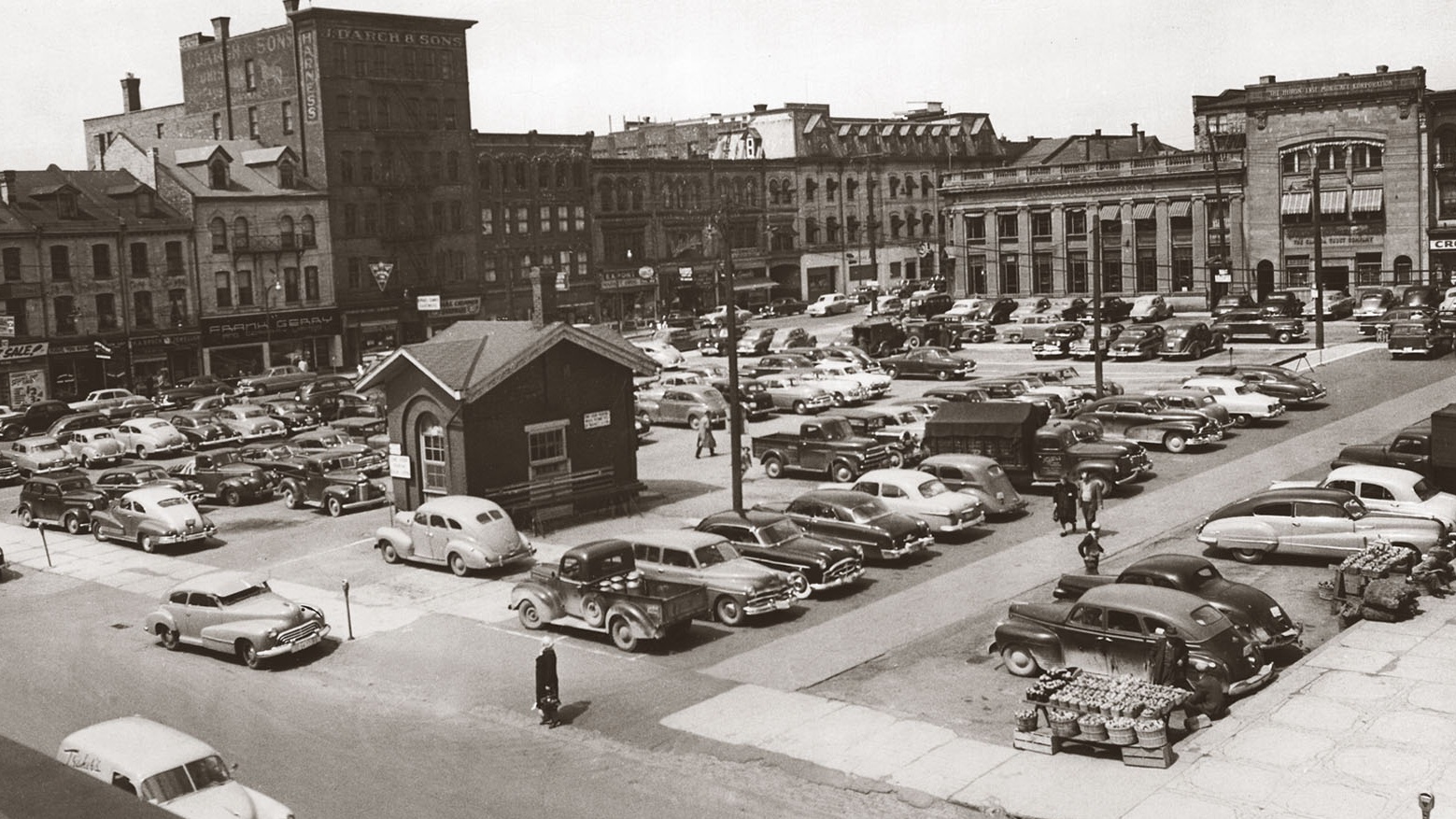 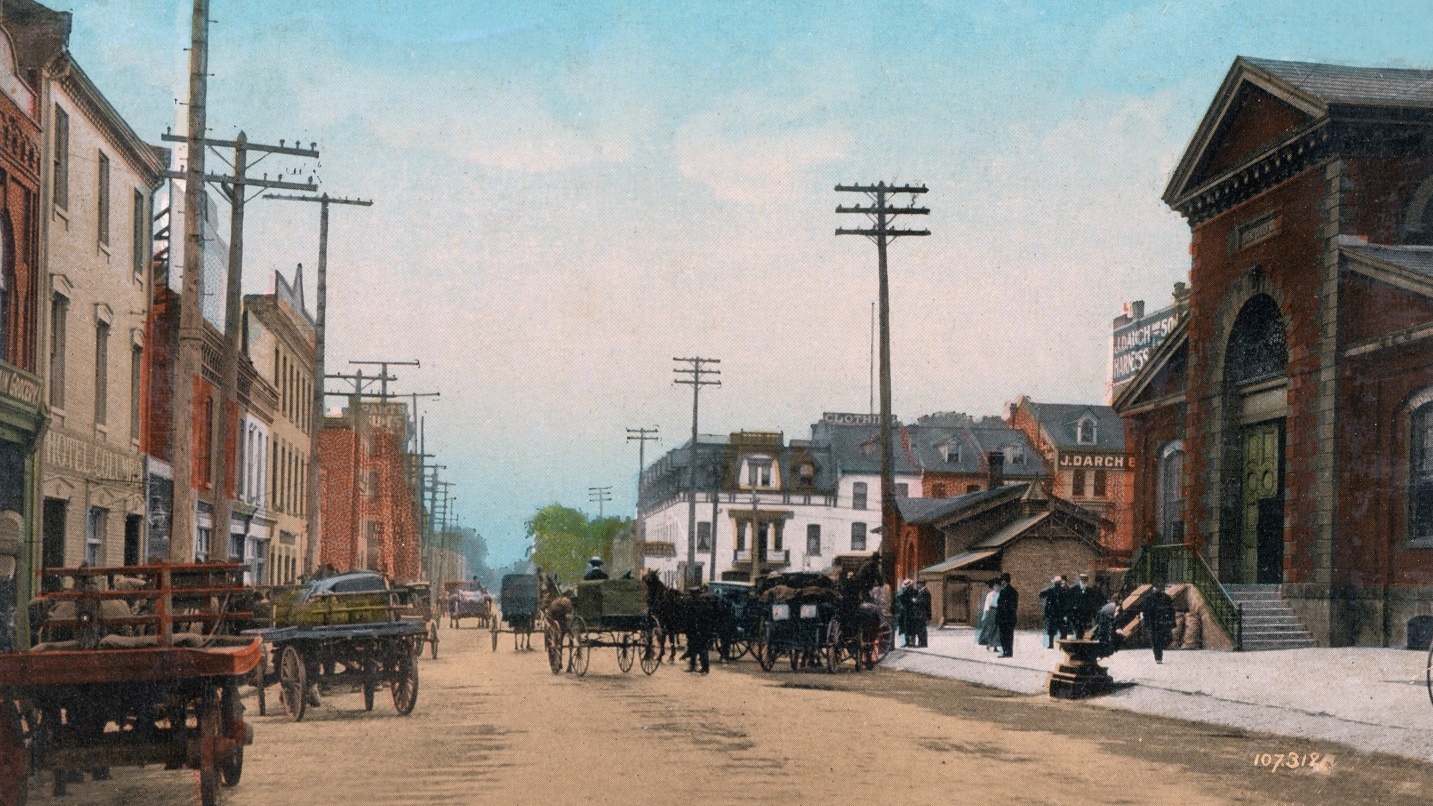 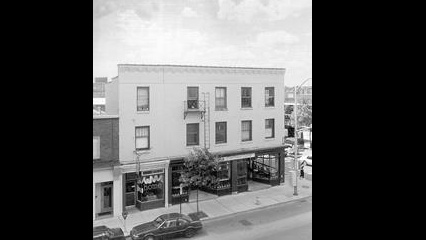 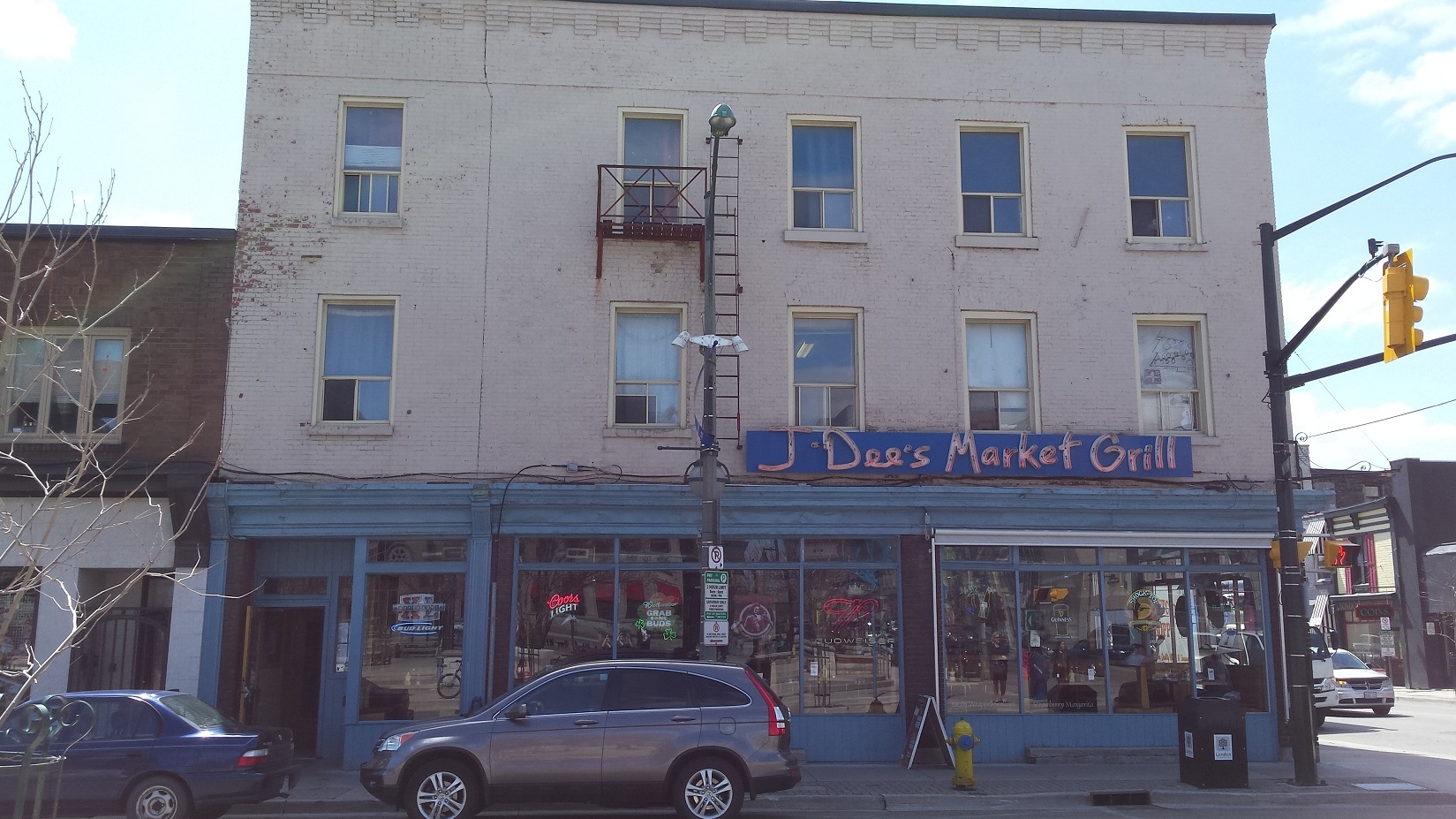