The Union Block at 83-89 Dundas is one of a number of commercial blocks that went up in the last quarter of the 19th century. It is made up of four segments but when it was built it probably had five. These blocks can be easily identified because they are made of red brick with stone trim at the lintels using decorative courses.

The Union Block's name comes from the agreement reached in 1887, by the site's four owners to build a single block to house their stores. William Gurd's new gun and sporting goods store at 185, Dundas Street, remained at this location until the 1950s. The Union Block and other similar buildings reflect the general recovery of the local economy in the 1870s and 1880s when the first commercial oil wells in North America started their production at Oil Springs in Lambton County and many Londoners subsequently made money in oil.

Indeed, from the 1870s onwards London put away its frontier-town image. The British garrison had vacated the barracks buildings, which were sold and removed from the site. In August 1874, part of that site was inaugurated by the governor-general Frederick Temple Blackwood, Lord Dufferin, as Victoria Park. As a direct effect of the city's newly found prosperity, the London Club and its sister-organization, the London Hunt and Country Club, were incorporated by an act of parliament in the 1880s. No longer dependent on the British garrison, London started to diversify its economy. The city was beginning to earn its reputation as a solid, conservative money centre. Nouveau Riche families built opulent homes on Queens and Dufferin Avenues and on Grand Avenue in the South. Apart from oil money, one booming local industry revolved around boots and shoes. For a long time 189, Dundas housed the popular Rowland Hill Shoe store where children would later have their feet x-rayed in order to demonstrate a good fit. Another booming business was the cigar and cigar box industry. One of the most successful cigar-box companies was the Beck Brothers Cigar Box Manufactory, which moved to London from Toronto in 1884. One of the two Beck brothers was Adam (later Sir Adam), who, having founded Ontario's publicly-owned hydroelectric power system, became one of the most famous Londoners. 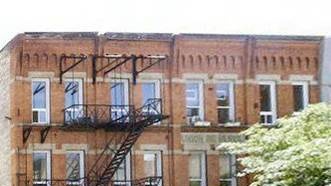