Located on the southwest corner of Dundas and Clarence streets.

The Duffield Block, originally known as Spettigue Hall, was built in 1871 by Joseph J. Spettigue, a native of Cornwall, England. He came to the Canadas in the 1840s and, in 1855, opened a general store on the corner of Dundas and Clarence streets in London (ON).

Spettigue Hall, on the southwest corner of Dundas and Clarence streets, was designed in the Second Empire Style. The structure was 197 feet long, 63 feet high and cost $12,000 to construct. It contained an elegant 663-seat concert hall on the second floor.

On September 19, 1871, the London Philharmonic Society gave the first concert in the hall, a cantata entitled "The May Queen", featuring several vocalists and a lead singer from Detroit. For the performance the stage was decorated with a May tree, flags, Corinthian pillars, evergreens, and flowers. According to the London Free Press, the occasion "was a source of great gratification", and the hall was "crammed" for the concert.

In the early 1880s the architecture firm Samuel Peters & Son occupied part of the building. Their firm can be credited with nearly 100 designs for commercial, residential, ecclesiastical and institutional buildings throughout London and southwestern Ontario. By 1878 the building had several occupants, one of whom was art teacher William Lees Judson. It is believed that artist Paul Peel received his first art lesson in a room on the building's first floor

Throughout its early history, however, the hall was used more for political meetings than for performances, until it was converted into offices. James Duffield bought the building in 1891 and turned it into City Gas Company offices. He closed the theatre, dividing its space into a third storey, thereby altering the facade. Among the many tenants were J. Gammage and Sons, florists; Arthur Wismer, jeweller; Charles Wismer, druggist; and the Knights of Pythias. The building also housed the Women's Morning Music Club. Its president was Mrs. John Labatt (Sophia Amelia Browne) and its secretary, Mrs. T. H. Carling (Nina M. Innes). In the 1980s the Duffield Block became the Toronto Dominion Building, housing the Royal Trust, the National Bank of Canada and Dominion Securities Pitfield. 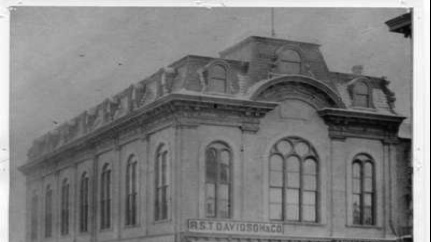 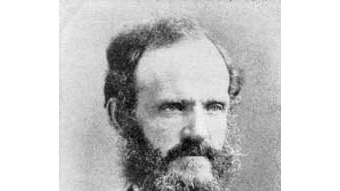 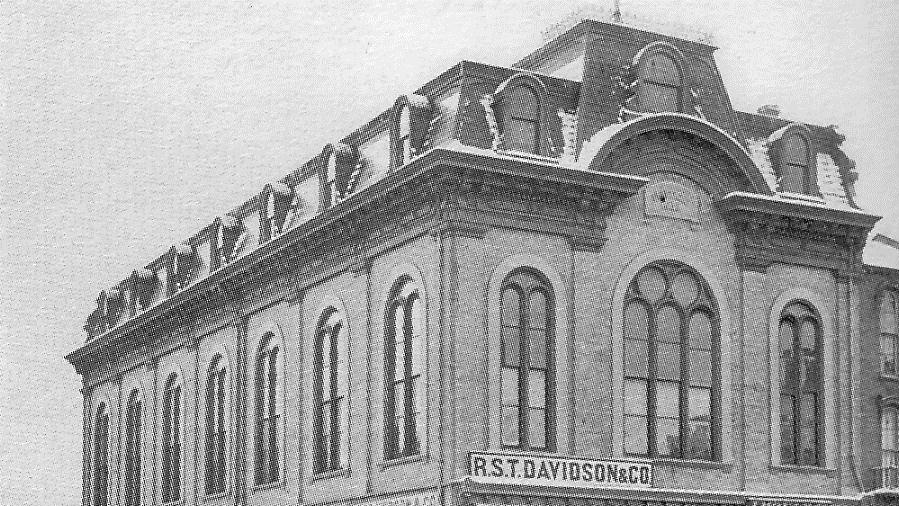 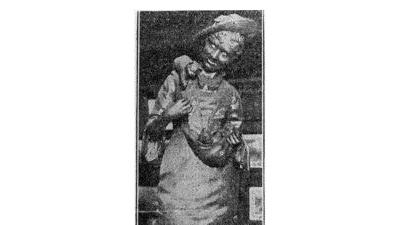