Situated on the southwest corner of King and Talbot Streets.

The Burridge Block, situated on the southwest corner of King and Talbot Streets, was built in 1881 by John Burridge, a boot and shoe maker. A successful businessman, Burridge lost his life tragically on election night of January 3, 1898, when he and 22 other prominent Londoners perished after the second floor of the old City Hall (situated on the west side of Richmond Street between Dundas and King) collapsed. Burridge's family resided on the upper floors of the Burridge Block until 1918 while the ground floor shops continued to be rented to a series of occupants.

The most prominent occupant was James Dunn, a harness maker, who moved into the corner store in the 1880s. Dunn had also occupied an earlier structure on the same southwest corner of King and Talbot Streets since 1870. He remained in the corner shop of the Burridge Block until 1913. Dunn's son, G. Frank Dunn, carried on the harness business at the same location until 1922 and nearby until 1932.

The occupants of the Burridge Block's three store fronts were mostly determined by their location near the centre of the busy market district. Hundreds of farmers sold their wares here three times a week and looked to the merchants in the surrounding stores to supply their needs such as seed, tools, harness, clothing and even implements and carriages.

The Burridges built another building immediately to the south (359 Talbot), at the turn of the 20th century. It has been completely altered since that time, but when built it featured a second "Burridge Building" stone above the wide store front. It was built for the Sylvester Manufacturing Company, which set up a London sales office at this location. Sylvester joined a number of implement and carriage sales offices and showrooms which lined the west side of Talbot until after WWI.

The Burridge block at 105 King Street was purchased in 1940 by Wallace Weinstein and renamed the Wallace Building. A sign with this name covered the original date stone until the restoration in 2008-2010. It has been the "Wallace Building" to many occupants since. The Burridge Block also housed grocers, cigar makers, a framing place and butchers, among other businesses. Many Londoners remember the Market Butcher at 103 King Street (1947-1995), and its awesome array of cow carcasses, pigs' and sheep's heads which regularly could be seen hanging from the butcher's ceiling.

The façade of the Burridge Block, with its paired wooden brackets and elaborate cornice, is essentially the Italianate style of the High Victorian tradition. Much of the decorative detail, once found along the top, has been lost. The use of red brick to ornament the facade makes it unique in the downtown and the stone lintels and key stones add a great deal of interest to the building. 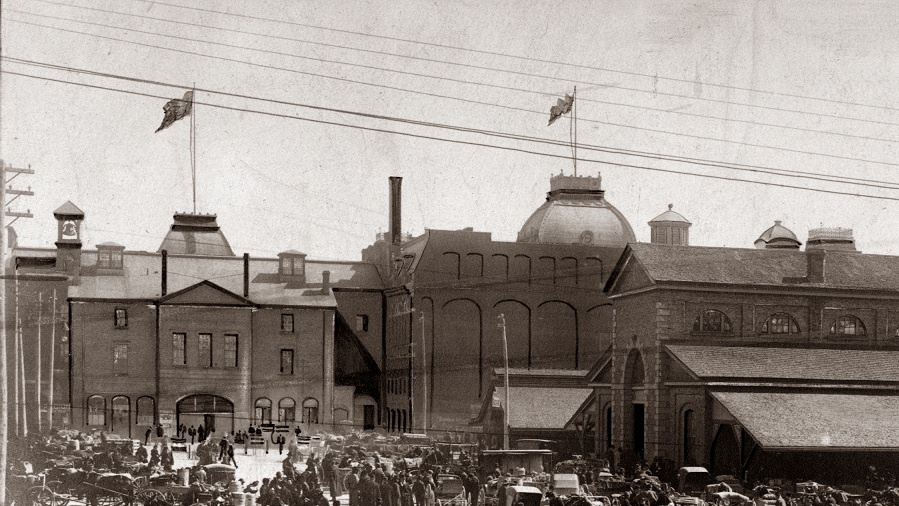 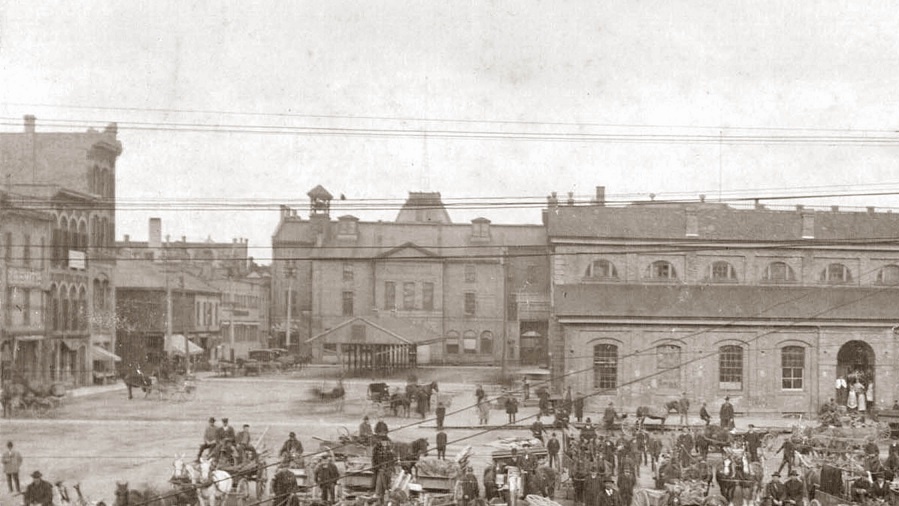 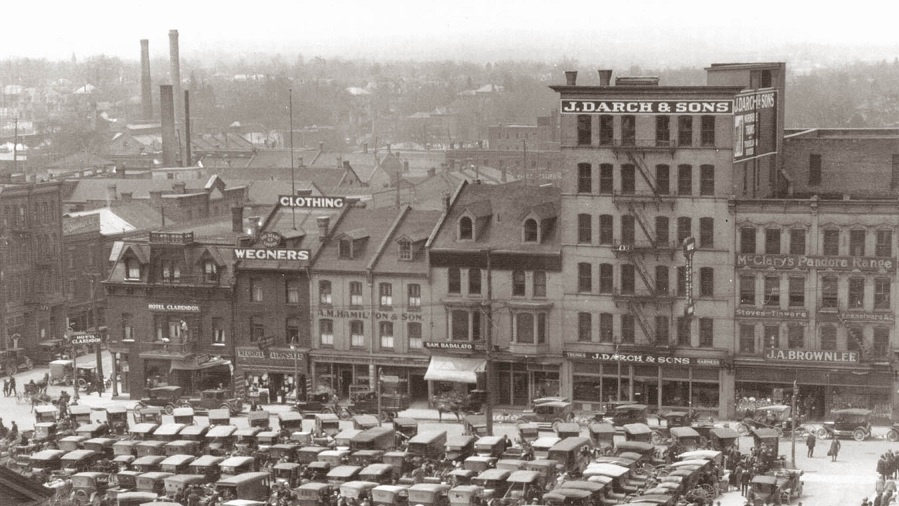