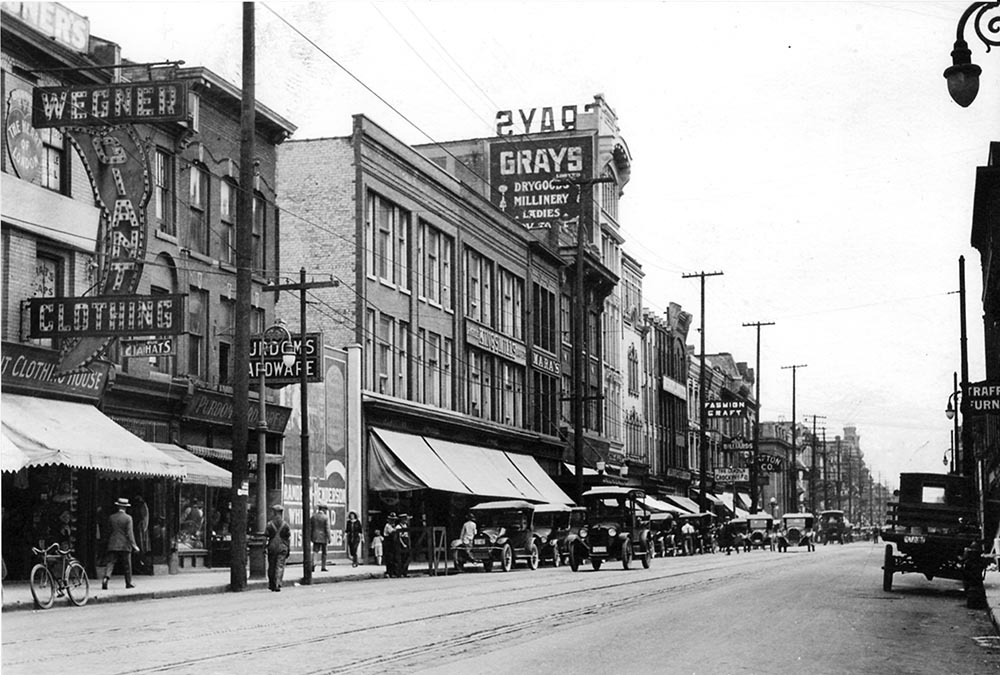 The company was originally founded as a dry goods store, eventually expanding to encompass a variety of different departments. It existed as one of Canada's oldest family owned businesses.

Kingsmill's exterior is unique in the downtown core. For a while after the facade was facelifted in the 1930s, the Dundas Street side of Kingsmill's was ultra modern compared to other buildings. Since then, the downtown has embraced modern architecture, and Kingsmill's became a quaint throwback as the rest of the streetscape evolved. The Carling Street entrance by contrast is not as modern, retaining the red brick exterior which blended in with the rest of the landscape.

One hundred years separates the two images above. The red brick facade of the 1915 incarnation of Kingmill's Department Store has evolved substantially in the intervening century, but the building continues to be an essential part of the Dundas Street urban fabric. 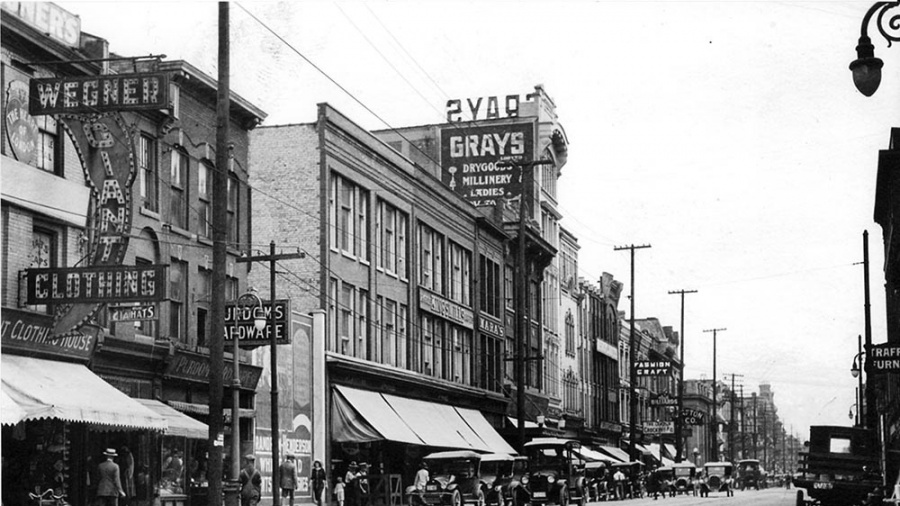