Trinity United Church was built on January 21st 1849 in Thorold, Ontario. The new church was opened and dedicated by infamous Reverend Egerton Ryerson who also founded the public school system. From 1854 Thorold was part of the St. Catharines circuit until 1872 when Thorold segregated itself from St. Catharines and became its own single circuit. On the 75th annual celebration of the Trinity United Church, 12 memorial windows were installed to commemorate the many beloved and valued members of on congregation. Trinity United Church has been a prosperous and growing church with importance to the heritage of the Niagara region.

The church was built with a square stone bell tower in the front of the church and in 1851 a 450 pound bell donated to the United Church. The original architect for Trinity United Church is unknown. The church portrays a neoclassical structure with gothic style details. The exterior consists of three bay front facades with a central front tower with the original interlacing windows above the door in the front wall.

The interior of the church has been retrofitted several times and currently reflects an 'Akron Plan' which is a basic meeting house design usually with central pews and flanking pews to each side. Trinity United has curved pews made with striped or tiger oak engraved with gothic decorative accents that mirror the style of the windows. 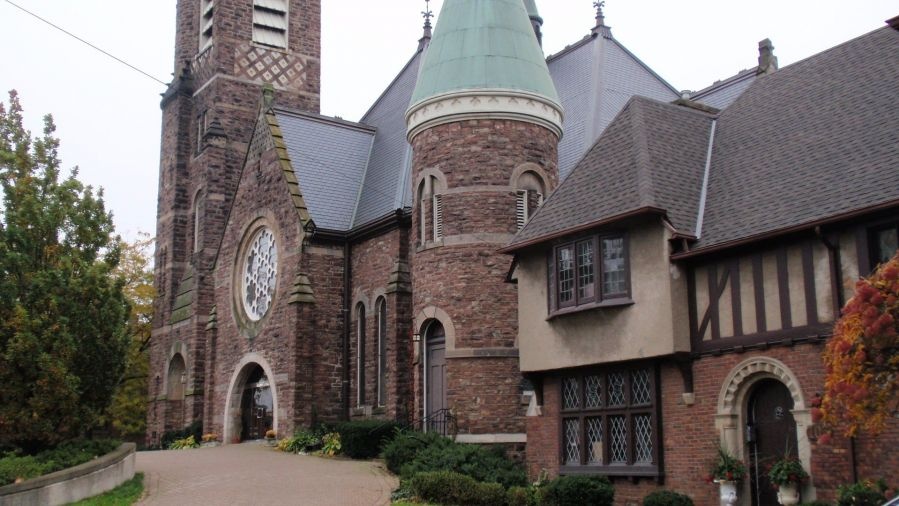 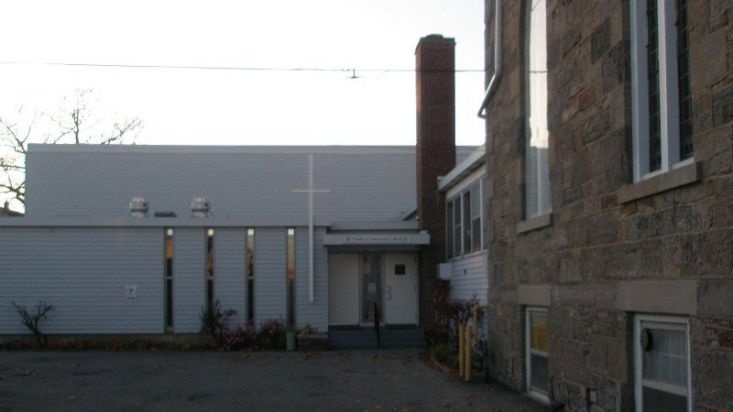 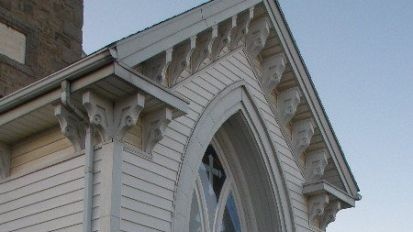 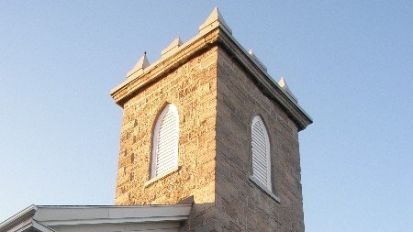 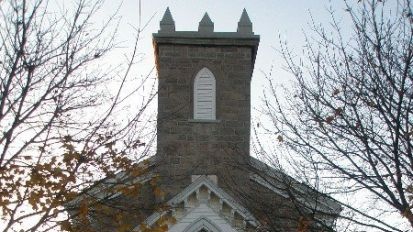 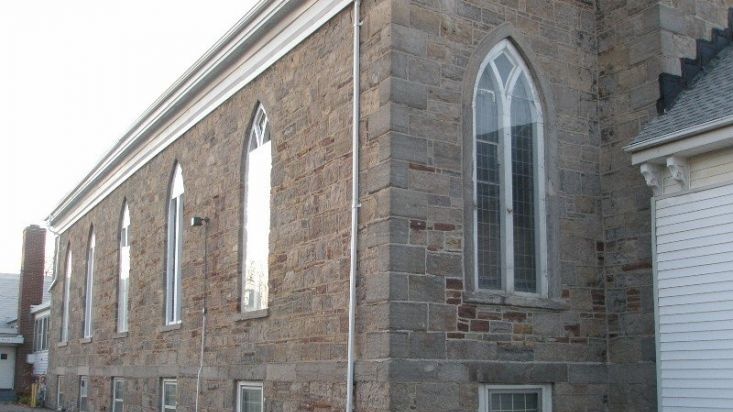 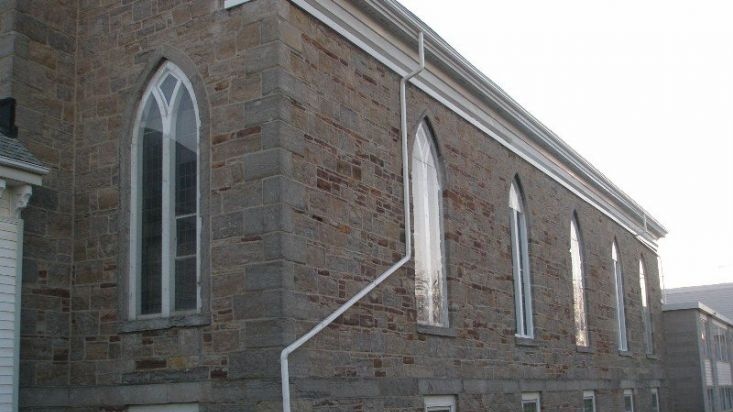 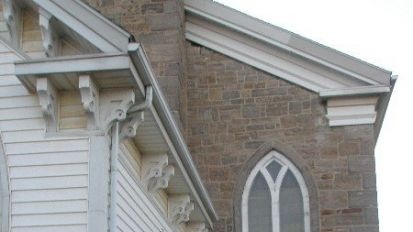 Head south on Central Ave toward Courtwright St, Take the Queen Elizabeth Way to Toronto and exit at Thorold Stone Rd and turn left, continue onto Kings Hwy 58, exit on Pine St and make a right.