The White Pine, otherwise known as the Tree of Peace in Iroquois culture, is representative of peace between the Iroquois and Western people. Photos: [Erin Duffy].

A plaque on the monument erected at the site of the Battle of Beaver Dams recognizing Aboriginal warriors.

The Canadian, British, Iroquois, and American flags raised to commemorate the lives lost during the Battle of Beaver Dams.

Nestled at the corner of Old Thorold Stone Road and Davis Road sits the site of the Battle of Beaverdams, which was fought on June 24, 1813. The importance of this battle is that it was almost entirely fought by Aboriginal warriors on the British side. Although the Aboriginal warriors single-handedly won the battle, the British did not treat them accordingly, and this caused a major rift between the native and non-native peoples.

While this is the actual site of the battle, in 1967, the Battle of Beaver Dams Park was established in downtown Thorold. In the 1970s the monuments commemorating the battle were moved to the park. However, there has since been a new monument erected which pays tribute to the hundreds of Aboriginal warriors from Upper and Lower Canada who fought in this historic battle. Additionally, a White Pine, known as the Tree of Peace in Iroquois culture, has been planted to symbolize amity between the Native and Western people. 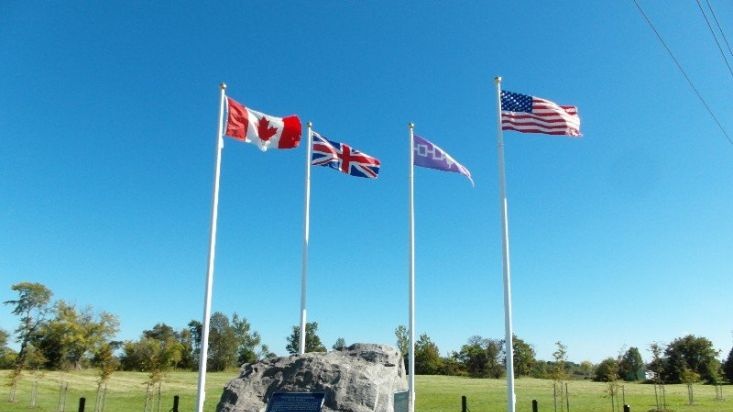 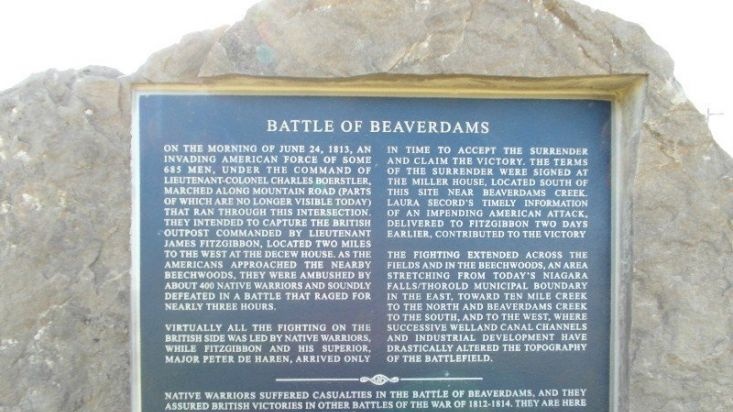 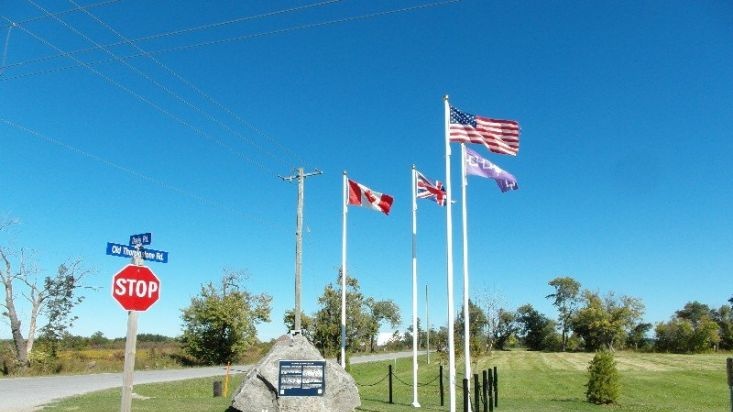 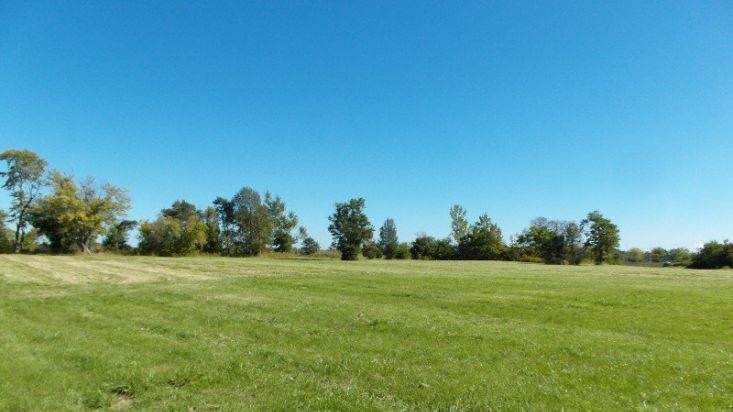 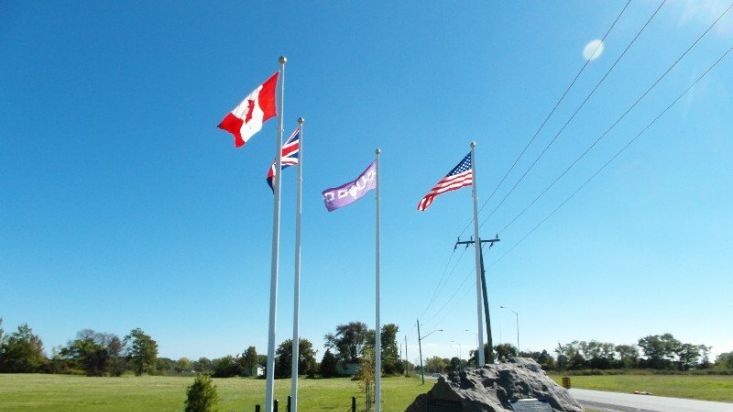 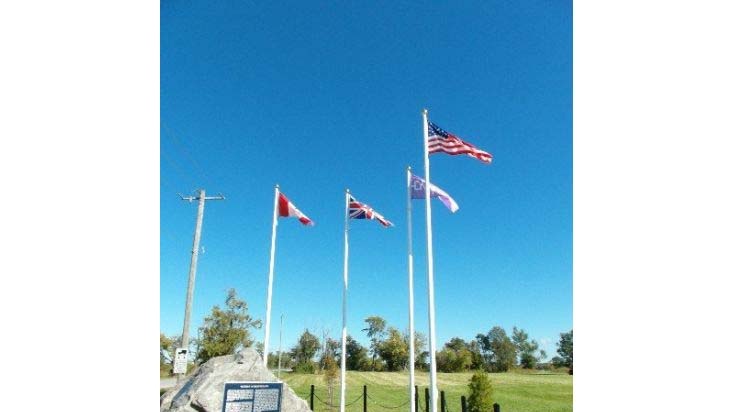 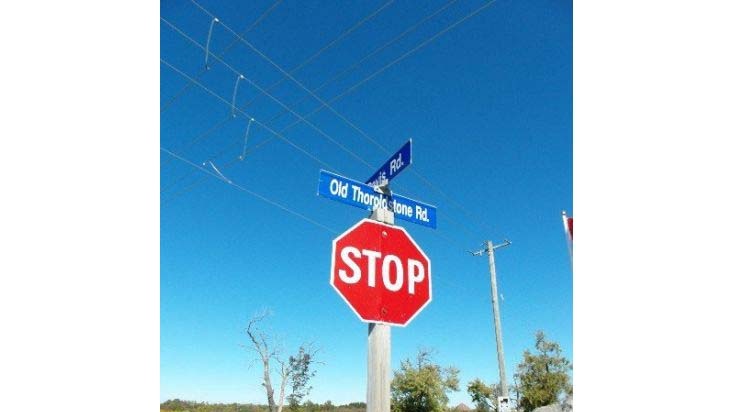 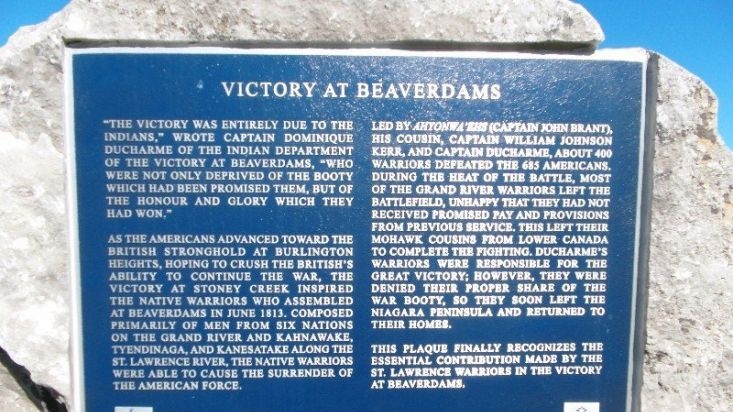 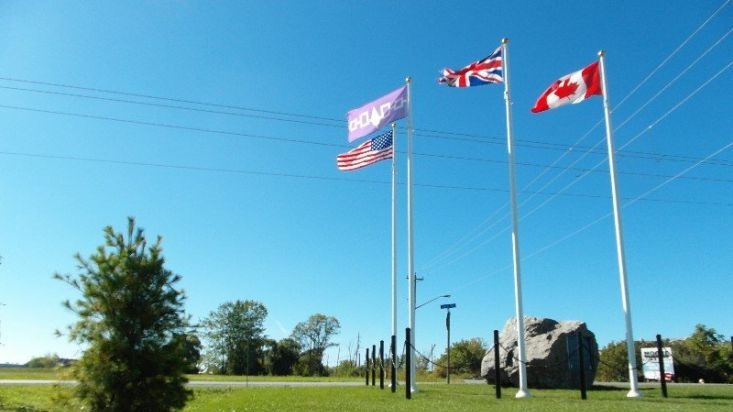 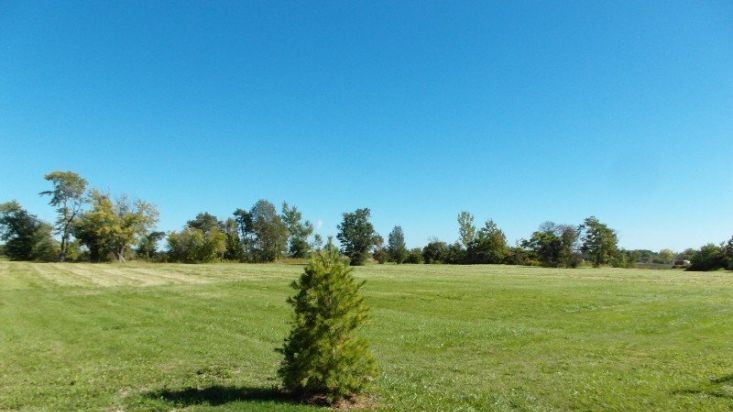 - Take the exit onto ON-58 South toward Thorold/Niagara Falls

Destination will be just ahead on the right. There is a monument on the corner of Thorold Stone Road and Davis Road. This is the actual site of the Battle of Beaver Dams

- Take the QEW towards Toronto (East)

Destination will be just ahead on the right. There is a monument on the corner of Thorold Stone Road and Davis Road. This is the actual site of the Battle of Beaver Dams.

In a previous battle, the Americans were able to secure Fort George and the British were forced to retreat to what is now Hamilton. The Americans advanced, but were pushed back to Fort George after the assault by the Aboriginal warriors and British infantry in the Battle of Stoney Creek. Then, on June 23, 1813, an American force led by Charles Boerstler was ordered to march along the Niagara River towards Beaver Dams to defeat and capture the British force stationed there.

It was at this point that Laura Secord, who was married to James Secord, became aware of the attack and set off to warn the British. According to historic accounts, Laura became lost as there were many paths and trails used by the Aboriginal people. On the final leg of her journey, she came across a group of native warriors, who guided her for the remainder of the expedition and brought her to Lieutenant Fitzgibbon.

In the meantime, Boerstler and his forces marched through the forest and encountered two native scouts. One scout was killed, and the other fled back to the DeCew House, where the British were stationed, as the American troops continued on. The scout who was able to flee gave word of the impending attack to Fitzgibbon and Dominique Ducharme, who was a Lieutenant in the Indian Department and was sent from Lower Canada along with 340 Indians from Lac-des-Deux-Montagnes to support the British in the Niagara Frontier.

Ducharme suggested that they wait and attack the impending American troops in the woods, to which Colonel DeHaren, who was also a commanding officer, agreed. The Native warriors were the first to leave DeCew and were stationed in a previously chosen area to ambush the Americans. Once the enemy was in sight, Ducharme and his allies opened fire. At this point, some of the Aboriginal warriors fled, leaving Ducharme and his men to finish the fight.

Eventually, the Americans retreated, but were caught between a swamp and a group of native warriors and were forced to surrender. At this point, Lt Fitzgibbon and 40 men had arrived as reinforcements. However, even though there are several first-hand accounts that the Aboriginal warriors won the battle, reports were released in which Fitzgibbon received all the credit. Furthermore, the warriors were promised the loot collected from the battle. Having been cheated out of credit and loot, many Aboriginal warriors would no longer support the British army and returned home to protect their land and families. This began the bitter relationship between the British and the Native allies. The loss of the Aboriginal warriors resulted in a loss to the British cause.

There are no facilities available.