Located at the southeast corner of Dundas and Richmond Streets.

This building at the southeast corner of Dundas and Richmond Streets is known as the Edge Block. Locals used to refer to this intersection as "the Four Corners." William T. Edge, who upon his death in 1918 was one of the oldest druggists in Canada, built the Edge Block in 1875. A marker at the top corner of the building bore its name: "Edge Block."

The architectural style of the building is High Victorian, a fittingly elegant style for offices, lodge and club rooms and the variety of fraternal organizations for which the Edge Block provided space on its second and third floors. In the late-nineteenth and early-twentieth centuries the ground floor served as a hub for railway offices, including the Grand Trunk and the CNR. 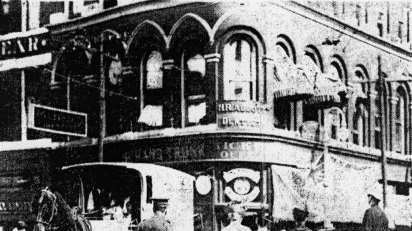 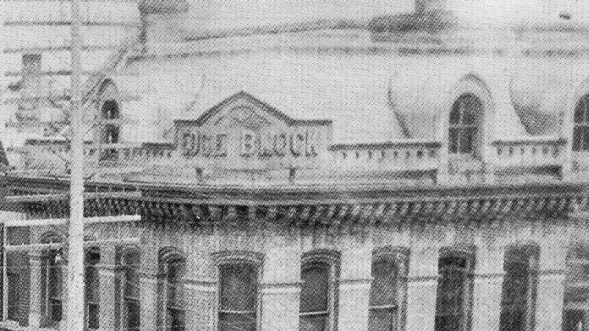 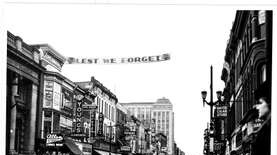